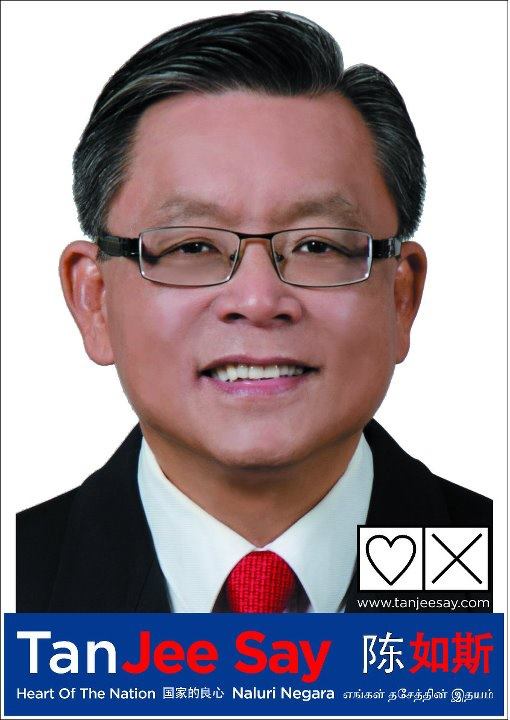 Candidate for the 2011 Presidential Election, Tan Jee Say, has commented on the pending political changes and said that there is no need to change the criteria for qualifying candidates because the “existing eligibility criteria are sufficiently tight and yet flexible to permit candidates from a broad background to come forth and contest”.
He is also strongly against the powers the change will give the Council of Presidential Advisers (CPA).
He said that the CPA “is not elected by the people and has no mandate or moral authority to have more powers vis-a-vis an elected President”. The CPA  should not be empowered to dilute the authority of an Elected President (EP), but should continue to remain an advisory body, Mr Tan asserted.
The former presidential candidate also feels strongly about the tweaking the Elected Presidency scheme to ensure minority representation. He said that the “Government cannot force a minorities President on the people as it is the people who decide”.
“A President imposed on the people rather than truly elected by the people has no moral authority to check the Government; there are many minorities who satisfy criteria to be candidates and Singaporeans will elect them if they are adjudged to be better than others”, he added.
In his Speech today, the Prime Minister said that the EP has to be above politics, representing all Singaporeans, regardless of race, language or religion. He is a symbol of our sovereignty and of our nation.
“By design, the President has no executive, policy-making role. This remains the prerogative of the elected Government commanding a majority in Parliament,” PM clarified.
“In the last Presidential Election, however, many people did not understand this, regrettably, including some candidates. They campaigned for President as if they were going to form an alternative Government,” he said.Follow us on Social Media