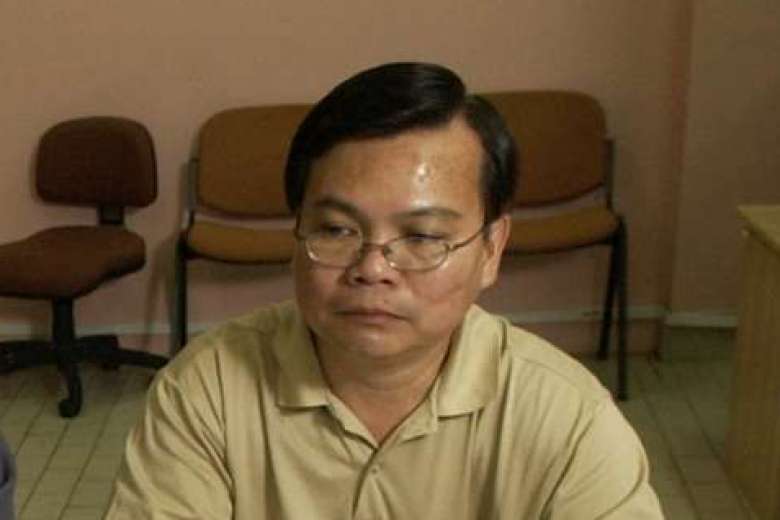 The ongoing corruption trial involving the former general manager of Ang Mo Kio town council is turning up lurid details into what a company director spent on to bribe the public servant for favour.

The accused, 58-year-old Wong Chee Meng faces 55 counts of corruptly accepting gratification from directors of two building and construction firm in exchange for “advancing the business interests” while he was employed as general manager and secretary of the town council.

The person who bribed him – Chia Sin Lan, one of the directors of the firms 19-ANC Enterprise and 19-NS2 Enterprise – faces one count of corruption each for giving Wong “gratification as an inducement to advance the business interests” of the company.

Wong started out as a property manager at AMKTC before he was promoted to general manager in 2013. As a general manager, he reportedly earned a hefty $10,550 a month.

The court heard that Chia bribed Wong with more than S$30,000, which Wong sent to his mistress Xu Hongmei in China. Chia also paid for Wong to receive “spa treatments” at Geylang and Spa-1 Wellness Centre worth between S$147 and S$1,476, and even once paid S$35 for Wong’s hotel stay at Fragrance Hotel.

Besides this, Chia conspired with a car salesman, Yip Fong Yin, to give Wong a S$13,500 discount on a Toyota Corolla Altis. He got a job for Wong’s daughter-in-law at 4-Ever Engineering, where she received S$8,248 salary for working between March to August 2016, as well.

The court heard today that Wong liked to “hang flower” on hostesses to “show appreciation to hostesses who were performing”. CPIB Principal Special Investigator Keith Peh Wan Hao testified that Chia and Wong would go to flower joints in Balestier, Jalan Sultan and Newton Circle, and Wong would “hang” flowers costing up to S$500 per flower on hostesses.

Chia revealed that Wong never paid for the entertainment.

In the first two days of the 39-day trial that began yesterday, the court heard that both Wong and Chia gave multiple conflicting statements to CPIB officers.

When he was first under investigation, Wong denied any wrongdoing and claimed that he had “acted fairly” in tenders and “did not favour” the two firms that allegedly gave him kickbacks. Days after that, he admitted to his offences in a new statement before retracting that confession as well.

After he first denied the allegations, Wong’s son called CPIB investigator Jeffrey Tan and said that his father wanted to “tell the truth”.

Wong later revealed to Tan that he had “not been sleeping well” since CPIB called him in for investigations and said that even though the two companies did not influence him to advance their business interests, he did so out of obligation because they gave him discounts and paid for his entertainment.

When pressed, Wong claimed that he did not recall this revelation during his earlier statement. Adding that he feels remorseful and that he should not have acted in the manner he did, Wong asked for a chance to serve the underprivileged.

When Tan called Wong for a follow-up statement, however, his tune changed. Claiming that he did not use his authority to influence the tender, Wong said that he had confessed to wrongdoing earlier because he was not thinking clearly as he was distracted with his daughter’s wedding plans.

The court also heard that Wong had marital issues during the period when he allegedly received bribes and that his wife divorced him in July 2015 after discovering that he was cheating on her with a China-born KTV hostess.

The man who has been accused of bribing Wong, company director Chia Sin Lan also initially denied giving cash to Wong before he admitted to giving Wong $20,000 in a subsequent statement to the CPIB after having “a serious thought” about it.

Chia, who admitted to being longtime friends with Wong since the mid 2000s when Wong was with Marine Parade Town Council, said that he went to China with Wong twice to visit suppliers.

In his initial statement, Chia claimed that he and Wong paid for their own air tickets and accommodation for the China trips and that they took turns to pay for food and drinks at the restaurants, karaoke lounges and nightclubs they frequented during the trip.

Chia denied giving Wong any cash or benefits and said that he did not pay for the nightclub outings, in exchange for favour. Chia further stated that he was unaware that a Toyota car was sold to Wong by another director of his company at a discounted price.

Just a day after making his statement to CPIB, Chia asked to make amendments to his statement and said: “After some serious thoughts about my family since last night, I wish to inform the recording officer that I have not been truthful in my previous statement.”

He admitted that his claim that he and Wong took turns to pay for meals in China “is inaccurate. The (payment for the) meals, entertainment … were made by me. I stated that I did not give Victor’s girlfriend any cash. I wish to state that this is inaccurate. Sometime in 2015, I gave a sum of S$20,000 to Victor for him to do some renovation work for his girlfriend in China.”

Chia also admitted that he helped Wong to get a job for his daughter and paid her salary even though she was employed by someone else. Chia also used another company shareholder’s credit card to pay for Wong’s “entertainment”.

In his new statement, Chia confessed: “I wish to state that I had a serious thought last night. I felt very sorry and remorseful. I wish to take responsibility for my actions. I hope that the authorities will treat me leniently. I should have cooperated with CPIB, and I thought I would get into trouble with authorities if I told them I had given S$20,000 to Victor’s girlfriend.”Follow us on Social Media