The Independent Singapore News
Home News Featured News ESM Goh admits he is "not a dog fan" because of traumatic... 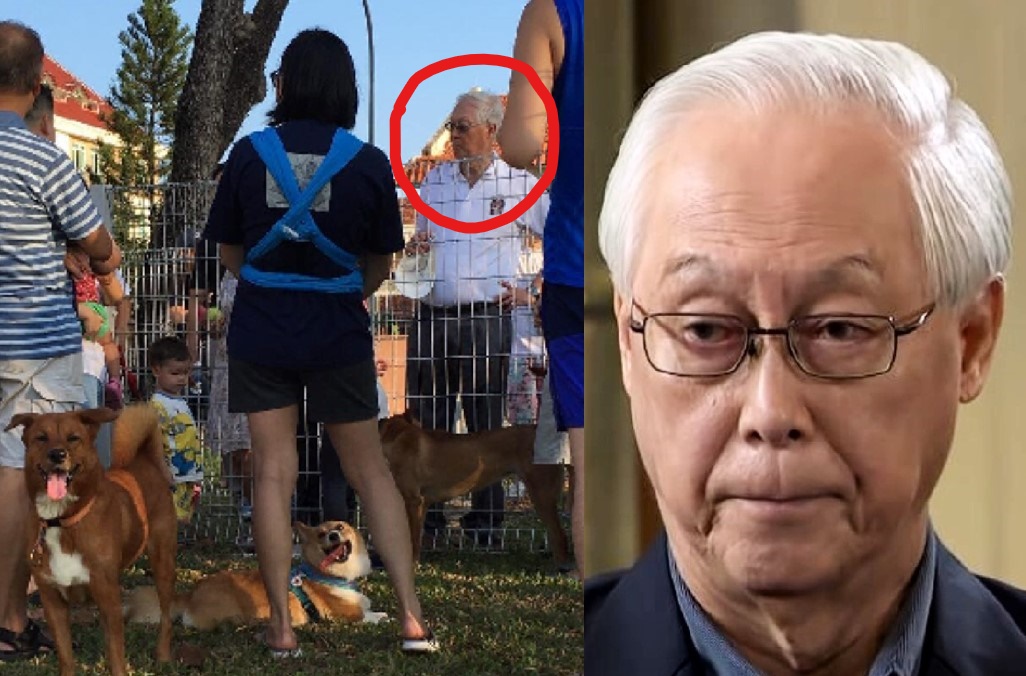 In a candid admission on social media, Emeritus Senior Minister (ESM) Goh Chok Tong revealed that he is “not a dog fan” because of traumatic experiences involving two separate dogs in his youth.

Despite his personal preferences, the former head of government facilitated the installation of an enclosed dog run area in a park at his constituency in Marine Parade GRC. The enclosed dog run allows pet owners to take their dogs to the park and allow them to run free without a leash in an enclosed area.

Residents raised their desire for a dog run at the park on Temberling Road at a dialogue session with ESM Goh held on 1 September 2018, organised by the Management Corporation Strata Title Plan No 2950 (MCST 2950) and the Marine Parade Constituency.

Residents were pleasantly surprised when the dog run was installed within months and expressed their appreciation to ESM Goh through a letter that was handed to him during a recent walkabout.

Sharing pictures of him visiting the dog run as well as the letter that was handed to him, ESM Goh shared on Facebook that he is actually “not a dog fan because I was bitten by a neighbour’s dog and chased by another mongrel when young!”

https://www.facebook.com/MParader/posts/2620227054686611?__xts__%5B0%5D=68.ARAMkjW9IalxpES9QfSiXRrS8W_fY1xV4wSkuUHuLgiUg-fuiDQv8pHHIHhoG98JkuTjBSPawcmIEUtMhWfdY13SZQKSOkAYRPCGAYXlrlaitLd4QhhDoVgJsigi9tCLQAUBkJg_XFej97cVKVaEDm9xu8YrVJzoqWhHrqWL2-HKxH86I8wGVqr2PiELSWQf4IUD2OaOzBiYBIHmvaxHoyLdp1PtJg8jle1ZRd8LaJGMY5qyq9Qp1EVhzAOAdqNfsjrQib6vAW3fIddcRgXT4t2SGJq0a5q4CHPCMyroQpAAr66c6RWvcm8DUEIwWz4RRLMLE87xcmkePB-rAR8QKkNwHA&__tn__=-RFollow us on Social Media