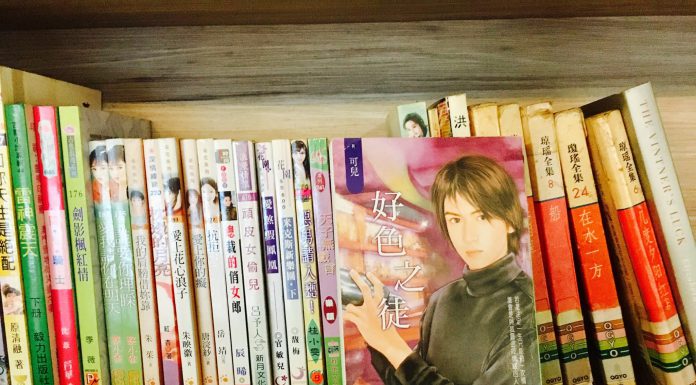 Indecent Chinese novels were spotted at a bookcase at the Ministry of Communication & Information’s (MCI) lobby.

President of the Singapore Association of Writers, Denon Lim, was one of the people who spotted the books which included titles like ‘The Lecherous Man’ and ‘The CEO’s Pretty Lady.’

Tagging the books as inappropriate for the public and the image of Singapore, Lim wrote on Facebook:

“The bookshelf [at MCI’s lobby] is actually pretty small, and there aren’t a lot of books placed on it now. There’s no reason why placing a few good local works on it should be this difficult.

Moreover, there are numerous local books written on the Singaporean and Nanyang culture by local authors. However, these books still aren’t able to get a space on our official organisations bookshelves.”

In a subsequent interview to the Chinese daily, Lim said that it seemed as though MCI had haphazardly placed Chinese titles in the bookcase as long as they featured Chinese words.

Chinese linguist, educator, and author Chua Chee Lay also noted that the books may not present a good image of Singapore to visiting Chinese nationals. He commented to the daily:

“No matter how you look at this matter, it seems as if the government is promoting such books as representative works of Singapore. It’s normal for these books to appear in our national libraries, but if they appear on the bookshelves of our official organisations, then this isn’t appropriate.”

The Chinese books have since been removed from the lobby bookcase, with MCI disclaiming responsibility for the books displayed on the shelf since the book area is an “open-concept community area” for “both community donors and MCI staff to donate or borrow books as and when they like”.

A representative from the Ministry added that “there is nobody in-charge of the project and the books on the shelf” but that they “believe that the donors of the bookshelf will adopt a prudent attitude when selecting titles to place on it, and they will refrain from donating inappropriate titles”.

Although it appears like the matter has been resolved, it really has not. Even the English books that are still at the bookshelf are inappropriate for a government building lobby. Some English titles found on the shelf include “The Facts About Flirting” and “Bye-Bye Boyfriend.”Follow us on Social Media