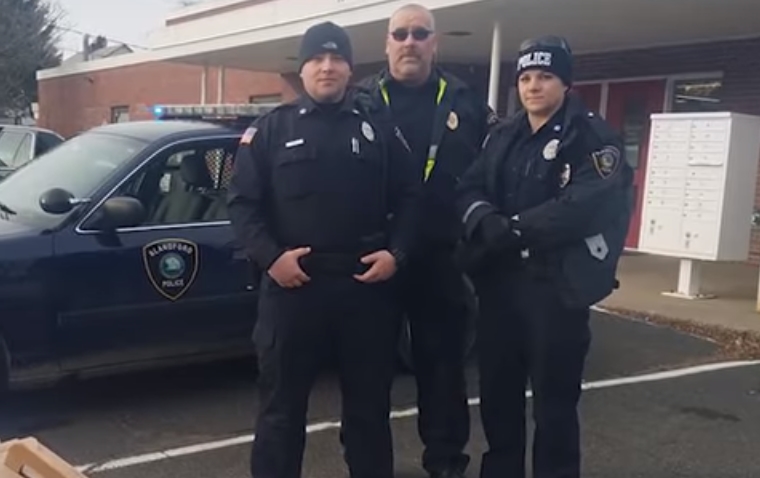 The entire police force in a small U.S. town of Blandford walked off their jobs on Monday. Blandford is a town in Hampden County, Massachusetts with a population of 1,233 residents.

The officers pointed to low wages, “cruisers that don’t work,” and bullet proof vests that do not fit, as some of the reasons for their resignations.

Attention Blandford residents: If you have a police, fire or medical emergency, please continue to call 911 as you normally would. Until further notice, please call the Russell State Police Barracks at 413-862-3312 if you need any other police services. The entire Blandford Police Department resigned this evening, effective immediately.

Sarnacki in speaking to the media said “officers [had] been working with cruisers that don’t work, bulletproof vests that are not fitted to them or might be expired, poor radio communications, inadequate staffing and improper wages.”

Cara Letendre, Blandford Select Board Chair, responded to the officers’ resignations and said:

“For the past two months, Interim Chief Sarnacki has done a fine job with our police officers and our police department. It is unfortunate that she led this officer walk out as she would have been considered as one of our candidates for Acting Chief position as we pursue the future opportunities with our police force. We have had multiple public meetings with our police force and have offered them the opportunity to engage and provide their opinions for the direction of the force. We have reached out to neighboring communities to ensure the safety and security of our citizens. Until such time, residents should continue to dial 911 in the event of any emergency and local or state assets will be dispatched to assist them.”