The Independent News
Home News Encountering a racist on the MRT

Encountering a racist on the MRT 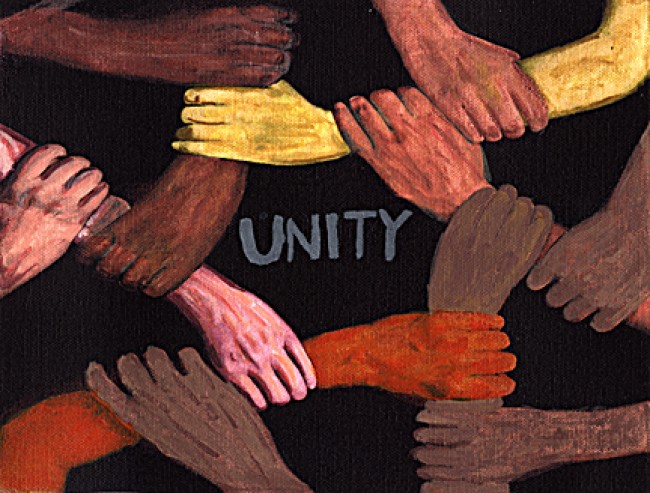 By: Nabilah Shihab
The peak hour train at Jurong East was crowded as usual. I stood in front of a well-dressed lady in her 40s sitting at the priority seat. Upon seeing me, she promptly crossed her legs and kicked her shoes against my legs. On a normal day, I would speak up and educate such an individual on the virtues of courtesy. Lucky for her, I had just made a vow before bed yesterday to become a more tolerant person. I just smiled and thought to myself, maybe it was an accident.
The lady began talking on her mobile phone and I let my mind wander. Before long, my thoughts were interrupted by the lady’s rant.
“A lot of Chinese girls so stupid marry Malay men.”
It was strangely refreshing to hear a racist rant in person in Singapore. In the past I had only seen them in the comments section on Facebook. As a final year Sociology undergraduate, I was keen on hearing her perspective on the issues of race and inter-racial marriages. Also, being the child of a Malay-Chinese mother and an Arab father, miscegenation was of personal relevance.
In between rants of how her Chinese friends were the CEO of Singapore Airlines and secretary to the Prime Minister’s office, she complained about how poor Malay men were trying to prey on her and other Chinese girls.
At that moment it occurred to me: she was the infamous Catherine Tan known on social media for her videos where she aggressively expressed her dissatisfaction with Malays and Muslims. It also occured to me that there was probably no one on the other end of the line. She was believed to be mentally unsound. As soon as she began directing her racist rants at me, I realized that I was no longer a mere observer.
“Look at this Muslim girl in front of me, trying to get in my face. Trying to harass me. Ya look at her she’s wearing blue jeans, black shirt, red scarf and black shoes,” she said, glaring angrily at me.
As she was giving her Outfit-Of-The-Day commentary, I almost corrected her: Oh I’m not wearing jeans! These are trousers I bought on sale. I wear them when I feel fatter than usual because being able to fit in them is assuring. Do you like them?`
I stopped myself when I realized that she was obviously not trying to be friendly. She was trying to direct her hatred for Malays and Muslims at me. As she continued to passive-aggressively taunt me, I half expected her to say something more vicious. However, she did nothing of the sort. I have to say that for a racist person, she was quite nice.   As the train reached Clementi, I prepared to alight.
“She’s alighting now,” she said as if to make sure I knew she was talking about me.
I smiled and walked on. I continued to wonder if her views were a reflection of common sentiments buried deep within the Singaporean psyche. We do not normally hear racist views in Singapore where racial and religious harmony is celebrated as a state policy. Violent racial riots in the 1960s have made us more careful about what we say about people from other races and religions, at least in public. However, laws such as Section 298 of the Penal Code which criminalises the “wounding of religious feelings” and other limits on the freedom of speech do not actually eliminate racial tensions. Instead, they drive these racist sentiments further underground. Once in a while, a mentally unsound person would express the racial tensions in our society that we do not feel free to speak about openly.
Within my racially diverse circle of friends, race is not a sensitive topic. It is discussed openly and respectfully in our casual conversations and also at university. We share the same belief that creating platforms for open dialogue about race and religion would facilitate tolerance and better understanding. Indeed, as Singaporeans, our relationship with one another should not be so fragile that it could be threatened by the words of some people. For us, what one wears on one’s head or the colour of one’s skin should not be of any concern. (Unless the colour of your skin is gangrene. In such a case we would be very concerned and would urge you to seek medical attention).

—
This article was first published in The Kent Ridge Common. Republished with permission.Follow us on Social Media