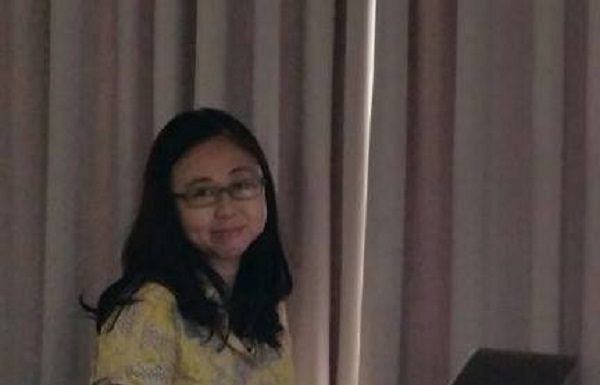 An ambitious and driven Jeanne Ten, was hopeful that she’ll become an academic when she was admitted to a Master of Arts (“MA”) degree programme in Architecture in 2002 at the National University of Singapore. But her hopes were dashed three years later when she took issue with how her MA supervisor used her MA Thesis to generate a project without acknowledging her.

Sitting in our office at Paya Lebar, a teary-eyed Jeanne said, “My life has been utterly destroyed by NUS, I’ve already spent more than $100,000 in legal fees and there seems to be no letting up.”

Twelve years later she is still with odds with NUS and fighting them tooth and nail to have her degree reinstated. This has not only derailed her academic career and in fact she had to withdraw from her PhD programme at the University of Illinois, Chicago because she did not meet the pre-requisites of having an MA degree .

The award of her PhD scholarship and admission to the PhD programme was based on the understanding that she was scheduled to receive her Master of Arts (“MA”) degree from NUS in 2006, since she had already successfully completed all of the academic requirements for her MA degree.  However, when NUS abused its power and terminated her MA degree, she could not qualify as a PhD candidate since she did not have an MA degree.

To make matters worse, she was allegedly overcharged by her previous lawyers and had to discharged her lawyers mid-way through the trial.

In 2012 Jeanne mounted a legal challenge against the University for denying her MA degree. In a crowdfunding site, Give Asia Jeanne said:

In 2006, NUS wrongfully denied me my Master’s degree, after I had completed ALL the academic requirements in my Master of Arts (MA) programme. In 2012, I began a long drawn legal battle with NUS in an effort to claim my MA degree. To date, I have already spent more than S$100,000 in fees. I have exhausted all my savings. I have no choice but to resort to crowdfunding the legal and court fees. I hope everyone can extend a hand, no matter how small the amount, to uphold justice.

In an email to The Independent, Jeanne said:

I am a whistle-blower who blew the whistle on wrongdoing by a professor, but NUS covered up the professor’s wrongdoing.  When I kept complaining to NUS, the university demanded that I agree to “accept” the university’s decisions, go along with the cover-up and stop complaining.  When I refused to be silenced, the university retaliated against me by terminating my Master’s Degree Candidature and denying me the award of my Master’s Degree, even though I had already successfully completed all of the academic requirements for this degree, including the university’s examination process, and I had submitted the final version of my Master’s Degree thesis to NUS.  The university’s abuse of power was all the more shocking because it involved a number of high-ranking NUS officers who abused their authority.  The university’s abuse of power sabotaged the PhD programme that I had just begun at the University of Illinois in Chicago (“UIC”), for which I had received a scholarship from UIC. With no Master’s Degree and no PhD, my reasonable hopes of pursuing the academic career that I had spent years preparing for were sabotaged.  I’ve likely lost out on past and future career opportunities that I would have had a reasonable chance of finding, if not for the abuse of power by NUS.  After NUS denied my Master’s Degree, the NUS professors who were responsible for the cover-up were promoted to higher-ranking positions, and some of  them were honoured with national medals.

Jeanne blogs at http://jeanneten.blogspot.sg/?m=1 and you can contact her via email  tljvnus@gmail.com

Visit her crowdfunding page at https://give.asia/story/my_twelve_years_battle_with_nus