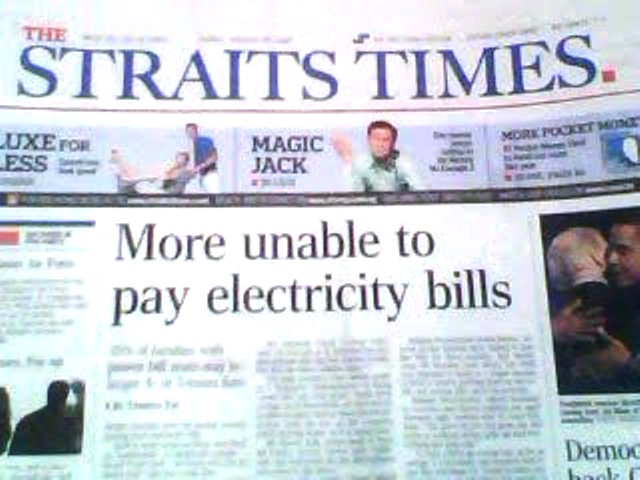 I refer to the article “Electricity tariffs up by 9.2 per cent from July to September, average monthly bill for four-room HDB flats will increase by $6.79” (Straits Times, Jun 30).

It states that “From July 1 to Sep 30, “electricity tariffs will increase by an average of 9.2 per cent or 1.59 cents per kWh compared to the previous quarter”, SP services said on Thursday (June 30) in a statement.

According to the annual reports of Singapore Power and Singapore PowerAssets for 2014/2015 – their combined profits for the year was $1.5893 billion.

Paying through our nose?

Is there something not very right with our electricity system, which may make Singaporeans pay one of the highest charges for electricity in the world, after adjusting for purchasing power parity and relative wages?Follow us on Social Media