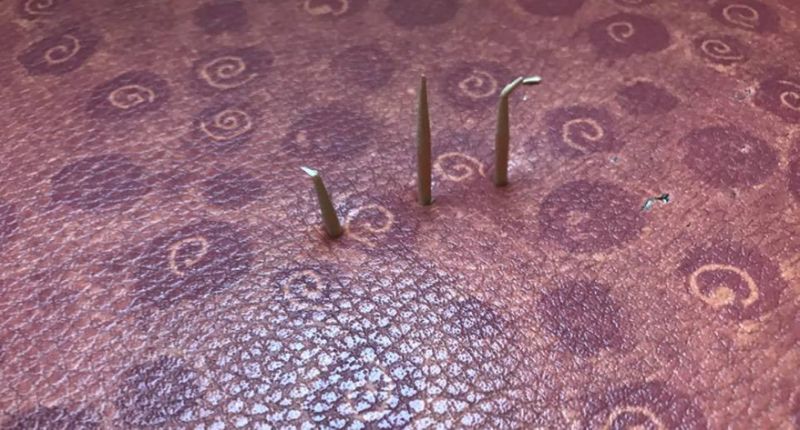 A 60-year-old man who put toothpicks in bus seats with the pointed ends sticking out pleaded guilty to two charges of causing mischief in court yesterday.

The man, Lim Lye Seng, admitted to committing the offenses on four occasions this year between July and August on SBS bus 123M and was caught after a passenger found the toothpicks in one such instance in July and posted the matter on Facebook. The police nabbed Lim in August after identifying him from CCTV footage.

The court heard that Lim took the toothpicks from a coffee shop near Tiong Bahru and planted them in the bus seats due to boredom and because he wanted to play a prank on others.

While no one incidents were recorded of passengers sitting on the toothpicks, the cost of the damage to the bus seats was over $1,300.

Deputy Public Prosecutor Rimplejit Kaur asked for a short jail term. Adding that the defendant has committed the offence mutliple times, DPP Kaur argued that damage was caused to public property and that there was a risk that members of the public may have been hurt if they had sat on the toothpicks.

District Judge Lim Keng Yeow, however, questioned whether a jail term is justified in such a case. Observing photos of the toothpicks in the bus seats, the judge noted: “not all that much of the toothpick seems to be protruding from the seat.”

He added later, “I am uncertain as to the harm this would cause,” as DPP Kaur said that passengers may have experienced pain if the toothpicks came into contact with their thighs or buttocks.

The judge then asserted that he was uncertain if the likelihood of pain would justify a jail term.

The defendant, a landscape technician, requested for a fine instead of a jail temr, especially since he is supporting two young children and his elderly parents.

Lim may face a hefty fine or a maximum one-year jail term when he returns to court on 6 Nov.