Home News Do you agree that the PTC’s reply to the cancellation of seniors’...

Do you agree that the PTC’s reply to the cancellation of seniors’ off-peak passes is illogical? 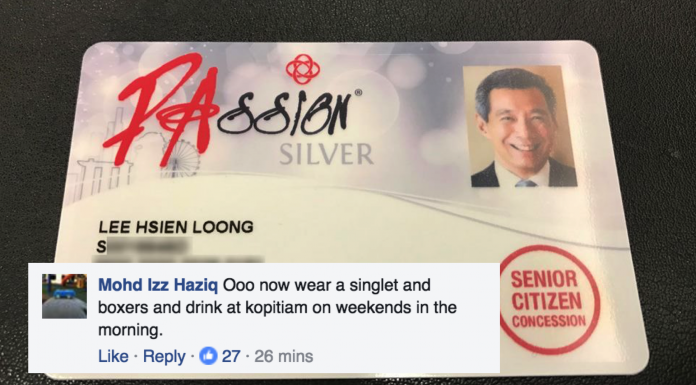 It states that “The Off-Peak Pass (OPP) was introduced in July 2015 as a two-year trial to encourage more commuters to travel during the off-peak period. Fewer than 200 rail commuters shifted to travel at off-peak hours.”

So, what exactly does this mean?

That “Fewer than 200 rail commuters shifted to travel at off-peak hours” despite all the initiatives for all commuters (not just seniors) and publicity over the two years ?

Or is it that “Fewer than 200 rail commuters (who are seniors) shifted to travel at off-peak hours”?

I suspect that the former may probably the correct one.

So, the most obvious statistic may be missing – how many off-peak seniors’ passes were purchased over the two-year period?

If the latter is correct – that is “Fewer than 200 rail commuters (who are seniors) shifted to travel at off-peak hours” – then, why go through all the trouble to cancel the seniors’ off-peak pass, since it only affects 200 people?

If 200 needy seniors need to save $20 a month with the seniors’ off-peak pass – why not just give it to them?

As to “To benefit more commuters across the entire rail network, the Public Transport Council (PTC) then recommended the introduction of lower morning pre-peak fares as part of the 2017 Fare Review Exercise.

With this, the OPP, along with the Free Pre-Peak Travel (FPPT) trials, was to end” – if you are a needy or low-income person – which is better – the free pre-peak travel during the two-year trial or the 50 cents pre-peak reduction now?

Another obvious statistic which may be missing may be – how much more or less revenue do the transport operators get – comparing the different schemes?

With regard to “These recommendations were accepted by the Government. The new fare structure was publicised by the PTC on Oct 30 last year, well ahead of its implementation on Dec 29” – I would like to suggest that we focus more on the needs of the needy and lower-income, rather than almost always just simply accepting the recommendations.

In respect of “Senior citizens with concession cards can continue to enjoy a discount of around 25 per cent off adult card fares, depending on the travel distance” – is our seniors’ discount and schemes the worse one, compared to other countries?

As to “Those travelling during pre-peak hours will also enjoy a 25 per cent discount off the lower pre-peak fares.

They also have the option to purchase the hybrid Senior Citizen Monthly Concession Pass at $60 (half the price of the Adult Monthly Travel Pass), which allows unlimited travel on basic buses and trains (including during peak periods)” – are our passes one of the most expensive in the world, after adjusting for Purchasing Power Parity (PPP)?

As to “Following its announcement of the new lower morning pre-peak fares and cessation of FPPT and OPP trials, PTC, together with the Land Transport Authority and public transport operators, placed close to 300,000 posters and brochures at various MRT stations and bus interchanges islandwide and on board buses to inform commuters and to enhance its public outreach efforts” – how much did all these advertising and publicity cost?

Wouldn’t the sum have arguably, been better used to not deprive the few seniors who need to save a few dollars with the discontinued seniors off-peak pass?

What are your thoughts on the above?

By the way if you think the above is funny – the Government’s acceptance of public transport recommendations – this one really tops it off –  “The discounted fares before the morning peak period will amount to a fare adjustment quantum of -2.2 per cent. The balance -3.2 per cent quantum, which was allowable under this year’s fare formula, will be rolled over to the 2018 Fare Review Exercise” – does it mean that the -3.2 reduction would have resulted in a reduction in fares for practically everybody?

If this is the case – why are we deferring it to next year’s fare review exercise?

Is it fair to do this to commuters?