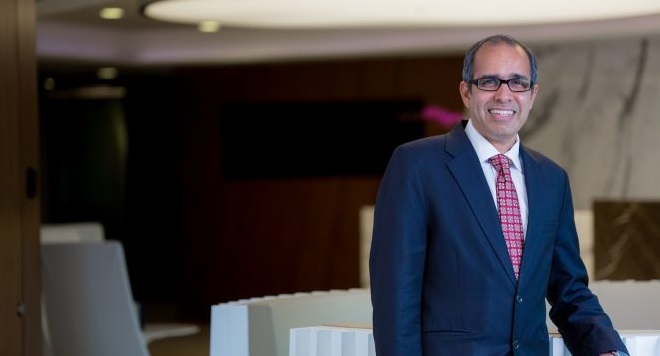 Singapore graduates should ditch their “sense of entitlement” if they are looking to join the firm, and to “come on board with the right attitude.”

That is the advice from Mr Satya Ramamurthy, who heads KPMG’s management consulting practice in Singapore.

KPMG is a global network of professional firms providing audit, tax and advisory services to MNCs, governments and nonprofit organizations.

“One of the problems for some people in the current generation of graduates in Singapore is a sense of entitlement,” Mr Satya said in a report published on E-Financial Careers. “They think, ‘I’m entitled to what I get in my career’, as opposed to going the extra mile in their jobs.”

He also urged: “If you’re asked to do something extra at work, don’t say ‘this isn’t my job’, think of how important it is to help your colleagues and learn from it in the process.”

He also believes Singaporean graduates should take more “risks” in their careers.

“Don’t always go for the easy option. If you’re asked to work in Indonesia, for example, don’t say ‘will I get clean towels and water?’, think seriously about the opportunity it will give you,” he says.

“The majority of us in Singapore are used to a very comfortable standard of living and level of infrastructure. Sometimes young people here find it hard to pack their bags and go work where they’re most needed. So we generally need a change of mindset,” says Ramamurthy.

Mr Satya said the firm has “a mandate to hire graduates” and that it is “increasingly bringing in people who’ve completed Masters degrees.”

E-Financial Careers reports that “KPMG does not provide campus hiring numbers, but it is recruiting across different academic disciplines – including arts and science – not just accounting and finance.”

The topic of a sense of entitlement not only among new Singapore graduates but also among Singapore workers in general is a sensitive one and surfaces from time to time, to the chagrin of the public.

In 2015, for example, the head of the Singapore International Chamber of Commerce (SICC), Victor Mills, caused an uproar when he too criticised Singaporeans for their “sense of entitlement”.

“There are lots and lots of people – more than before – who feel that life, their employer and the Government owe them a living,” Mr Mills said in an interview with The Straits Times.

“This has manifest itself in an overfussiness or a sense of entitlement which businesses, whether large or small, foreign or local, have been telling me about.

“They all say the same thing. The problem may vary in degrees in different sectors, but it exists across all sectors.”

He gave the example of a new female recruit who turned up for work one day, and then disappeared.

“When we tracked her down a few days later – she was not answering her phone – she said: “It just wasn’t for me.”

“But my response was: “How could you possibly know after just one day? You are not giving yourself or the organisation a chance.”

“It’s an extreme case, but there are just too many stories of people leaving their jobs after a couple of months. I’ve not seen so many morose people in the workforce.”

Mr Mills, however, said that “there are hundreds of thousands of my fellow citizens who do fabulous job, day in and day out.”

Nonetheless, Mr Mills said that it was important that Singaporeans adopt the right attitude at the workplace.

“We need to watch our attitudes because it is indicative of our attractiveness as an investment opportunity on a sustainable basis,” he said.Follow us on Social Media