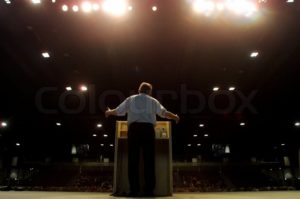 As a young man (many years ago) I toyed with the idea of getting a motorcycle and when I sought my father’s opinion, he highlighted to me both the pros and cons of using a motorcycle as a means of daily trainsport.

True, a motorbike is more affordable than a car, said my dad, but a motorbike is “flesh wrapping metal” whereas a car is “metal wrapping flesh.” That analogy drove home the point about how dangerous a motorbike can be on our busy roads.

Since then, I have always made it a personal responsibility to present both sides of an argument. For example, when it comes to investing, I always caution friends that big returns involve big risks; take smaller risks, and you earn lesser returns, but at least you won’t lose your shirt.

But some people are uncomfortable with straight talk. Long before my move to WordPress (and hence this blog), I had another blog entitled Straight from the Shoulder for several years and while I received lots of accolades for my straight talk, I also had people telling me to avoid topics that will make ohers uncomfortable.

The late Lee Kuan Yew comes to mind when the topic of straight talk comes up. Here are some of his notorious sayings:

“I have never been over concerned or obsessed with opinion polls or popularity polls. I think a leader who is, is a weak leader. If you are concerned with whether your rating will go up or down, then you are not a leader. You are just catching the wind…you will go where the wind is blowing. And that’s not what I am in this for.”

“Anybody who decides to take me on needs to put on knuckle-dusters. If you think you can hurt me more than I can hurt you, try.”

“If you are a troublemaker…it’s our job to politically destroy you. Everybody knows that in my bag I have a hatchet, and a very sharp one. You take me on, I take my hatchet, we meet in the cul-de-sac.”

I’m sure Lee’s words caused a lot of discomfort to a lot of people but responsible leaders are derelict in their duties when they sugar-coat truths and only tell nice stories appealing to populist sentiments.

Even in our places of worship, it is the onus of religious leaders to remind those they are shepherding that the Almighty is not all about grace and forgiveness, that the god of all religions is not saccharin-sweet goody two-shoes but is also a god of wrath who will not hesitate to strike sinners dead, as the holy scriptures have more than adequately documented.

Writing this, I am reminded of China and its decision to ignore the recent ruling by the Arbitral Tribunal constituted under Article 287, Annex VII of UNCLOS, the United Nations Convention on the Law of the Sea.

A couple of years ago, the Philippines filed for arbitration against China for infringing on its territories and the country has just scored a historic legal victory against China.

In the past few years,  China has rattled most of its neighbors by claiming “historic rights” (a baseless concept based on pre-modern historiography) over much of adjacent waters such as the South China Sea.

But, in fact, as the arbitration court in The Hague makes it clear, China has violated the rights of countries such as the Philippines to exploit natural resources within their Exclusive Economic Zone, a sea zone prescribed by UNCLOS over which a state has special rights regarding the exploration and use of marine resources, including energy production from water and wind.

However, China has boycotted the entire proceedings and has refused to acknowledge the court’s jurisdiction. It fact, it has said it neither accepts nor honors the ruling by the tribunal. It calls it a kangaroo court with no legitimacy. Audaciously, China and its sycophantic supporters reiterate that the arbitration is unlawful. It says that the arbitration violates certain clauses of UNCLOS. It also claims that the Philippines has previously agreed to resolve disputes through bilateral agreements, but has broken its promises and since the country has broken both laws and promises, China says the arbitration is therefore illegal.

China’s propaganda machine went into overdrive and those besotted with it as well as all the “experts” and supporters on its side (ie in its pocket) continue to say the “right” things to support its stand. Moreover, people blinded by their own narrow world views are unable to see the truth. If you have an axe to grind against the Americans or the Japanese or the Philippines, then China can do no wrong.

I am no lawyer but in my view, China is wrong! Not just wrong, but very very wrong! It is wrong in principle, in moral, and in every aspect of justice! In principle, because it is signatory to the UNCLOS. China signed the UNCLOS in 1982 and ratified it in 1996. When it ratified the Law of the Sea Convention, it agreed to all of the provisions of the Convention.

In short, China technically consented to undergo arbitration by signing the United Nations Convention on the Law of the Sea, yet refuses to accept its ruling. It is utter shamelessness to disregard something you have agreed upon with others!

Under the legal principle of Estoppel, you must not disagree later with things you have previously agreed and signed! Estoppel is a collective name given to a group of legal doctrines in common law legal systems whereby a person is prevented from making assertions that are contradictory to their prior position on certain matters before the court. In other words, the principle which precludes a person from asserting something contrary to what is implied by a previous action or statement of that person or by a previous pertinent judicial determination.

Long story short, you cannot pick and choose – you abide totally or you don’t at all. You cannot cherry-pick!

So when it comes to religious leaders, in my mind, there can be no greater sin than for religious leaders to present a lopsided theology of their faiths and when they avoid straight talk and preach only peachy feel-good homilies so as to be popular among worshipers, they do their congregations a great disservice. You don’t do anyone favors by avoiding blunt truth. I am no theologian, just a rank amateur, but any retard will know that religious leaders trying to win popularity contests are just frauds “playing church” and I take comfort that the omnipotent, omniscient and omnipresent God is not mocked.

—
Republished from the blog ‘Loh and Behold‘.