Did The Noose predict the High Speed Rail saga 3 years ago? 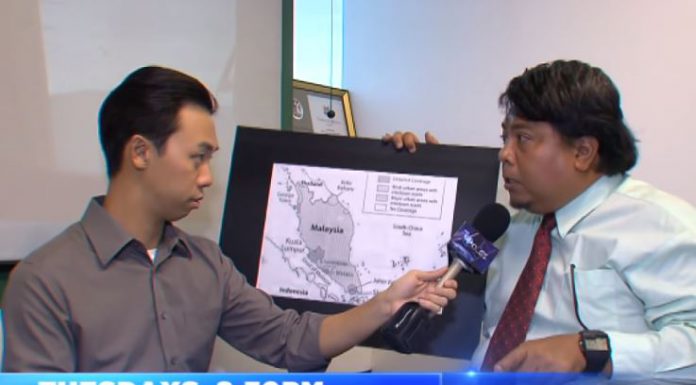 Several netizens are pointing out that parody news programme ‘The Noose’ may have predicted the twists and turns in the Singapore-Kuala Lumpur High Speed Rail saga that has been unfolding recently, as far back as three years ago.

A clip of a Noose reporter conducting an interview on the authorities’ plans for the HSR project is what has been giving rise to such speculation. In the clip, Alaric Tay’s character “Andre Chichak” interviews a Suhaimi Yusof’s “Kereta Chepatt” who explains that the obstacles in the way of building the HSR.

Explaining how the Singapore and Malaysia might resolve these issues, Kereta Chepatt offers that the authorities could construct the rail like a rollercoaster, stretching from the twin towers to Singapore:

Although Kereta Chepatt’s suggestion and his understanding of the obstacles surrounding the construction of the HSR are not literally true, the project has been something of a rollercoaster ride for both Singapore and Malaysia.

In 2010, former Malaysian prime minister Najib Razak announced it the project in September 2010 and agreed with Singapore prime minister Lee Hsien Loong in February 2013 to go ahead with the project and open the HSR line by 2020.

Earlier this year, however, Najib and his government were toppled by the opposition coalition in a stunning election upset during the 2018 Malaysia General Election. Najib was arrested over corruption charges earlier this month and awaits trial.

Malaysia’s current Prime Minister Dr Mahathir Mohamad announced that Malaysia is pulling out of the HSR project shortly after his election win and said that the project will not benefit Malaysia which is over one trillion ringgit in debt, largely thanks to the scandalous 1MDB project launched by Najib.

Dr Mahathir said: “It is a final decision, but it will take time because we have an agreement with Singapore…It’s not beneficial. It’s going to cost us a huge sum of money. We’ll make no money at all from this arrangement. He added: “(The HSR) is only a short track. It is only going to save people one hour by taking the HSR.”

When asked whether the decision has been communicated to Singapore, Dr Mahathir told reporters, “I don’t know.” He added that Malaysia will discuss the issue with Singapore in the future.

Later, Dr Mahathir said that the project has not been totally cancelled but it has merely been postponed given his nation’s financial situation.

Despite the lack of clear commitment from its neighbour across the causeway, Singapore has continued pumping millions of dollars into the project.

Khaw added that at least $40 million more is expected to be pumped into the project, between August and December 2018. He added:

While the Minister said that the Government will continue to press for official clarification and “act according to its rights,” Singaporeans have expressed anger at the fact that the Government has spent so much on the project without consulting taxpayers:

Meanwhile, The Noose’s “prediction” of the HSR saga has reminded some netizens about how The Simpsons “predicted” that Donald Trump would become President of the United States before he won the presidential election. 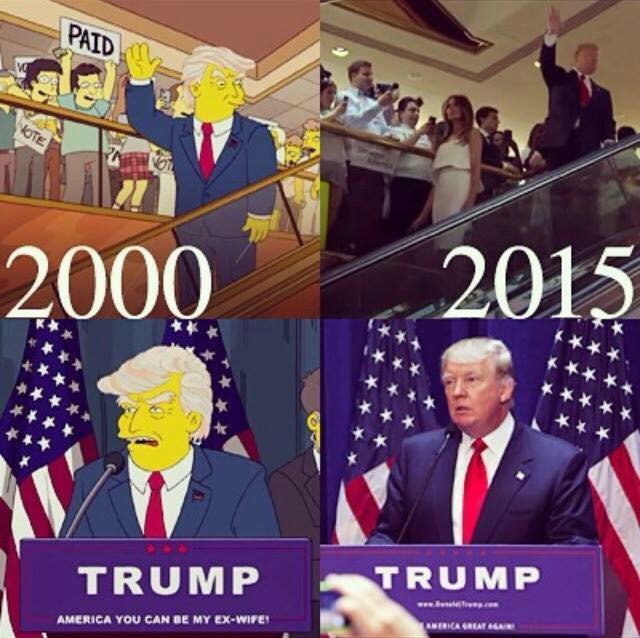 In 2015, this video began circulating online, alleging that The Simpsons made the prediction that Trump would become US President, way back in 2000:

While The Simpsons did include a joke about Trump becoming US President in a 2000 episode entitled “Bart to the Future,” the images showing a Simpson-ised version of Trump are from a 2015 short video entitled “Trumpastic Voyage.”

The video was published on YouTube on 7 July 2015, after Trump had announced that he would seek the Republican presidential nomination for 2016: