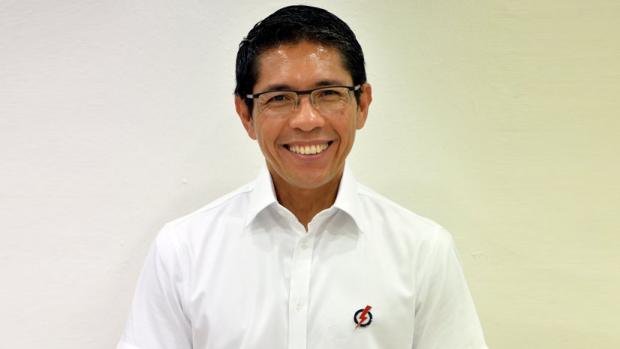 In a Speech at the Debate on the President’s Address 2016, Senior Minister of State for Defence (SMS), Dr Mohamad Maliki Bin Osman, cited WhatsApp and SMS messages being circulated which advised Muslims in Singapore not to extend greetings to others celebrating un-Islamic festivals.
The SMS quoting the President of PERGAS (Singapore Islamic Scholars & Religious Teachers Association), Ustaz Hasbi Hassan, said, “a Muslim greeting “Gong Xi Fa Cai” or “Merry Christmas” to a friend is not against Islamic teachings or traditions”.
The junior Minister said:
“Our Muslim community needs leadership and guidance from our community and religious leaders and scholars to equip them with a moral and religious compass to help navigate the complex web of information in the borderless cyber world…
For example, some of you may be aware of calls for Muslims to abstain from wishing Merry Christmas to Christians via SMS and Whatsapp messages that have gone viral. For those who didn’t know better might be taken in, and believe that it is indeed un-Islamic to do so. Many of us are heartened that, as reported in today’s Berita Harian, senior and respected scholars like Habib Syed Hassan Al-Attas the Imam of Ba’alwie Mosque in Singapore and other religious and community leaders have chosen to speak up and address this issue directly. We now know that the proposed ban on Christmas greetings or other similar greetings has no Islamic basis…
Ustaz Hasbi Hassan, the President of Pergas (Association of Religious Teachers), advises that the Muslim community must be discerning in adapting to their circumstances and context and in this case, for a multiracial society like Singapore. According to him, a Muslim greeting “Gong Xi Fa Cai” or “Merry Christmas” to a friend is not against Islamic teachings or traditions.
This occurrence of expressing a festive greeting, if taken alone may seem insignificant, but if it were to occur every other day and if the Muslim community does not have the religious ballast to fight the ideological challenge, one can only imagine the religious fault lines it could create in our society.”
(FULL TEXT OF THE JUNIOR MINISTER OF DEFENCE’S SPEECH HERE)
According to news that is now being circulated in social media, PERGAS in a 5-page note of religious guidance to adherence of the Islamic faith, has said that there are differences of opinion on the topic.
Along with evidences for those who believe that such greetings are permissible under Islam, the Association also provided evidences for those who believe that it is not permitted.
In suggesting that there are different schools of thought on the topic in the Islamic world, is the religious body contradicting Dr Maliki who said that there is no basis for such claims?
Follow us on Social Media