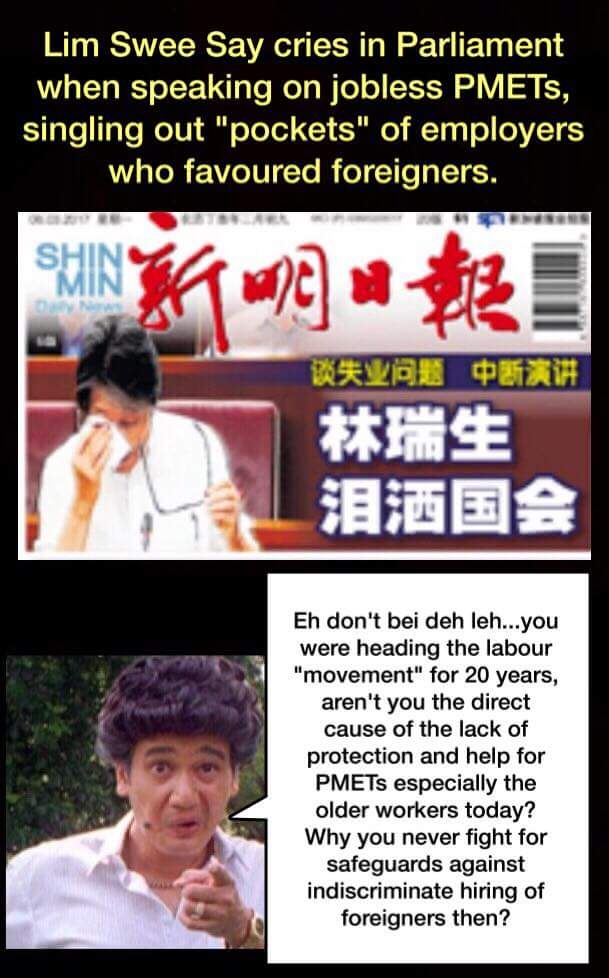 By: The Alternative View

During the speech, he said that the impression of foreigners taking away S’poreans’ jobs was due to “pockets” of errant employers and that MOM had taken actions against them.

Lim Swee Say’s play-acting will only impress the ignorant.

Take a look at his CV and see how long he has been involved in the labour movement:

So what had he been doing all the while when he was supposed to champion the labour movement? Why didn’t he raise a squeak about Lee Hsien Loong’s ultra-liberal foreign labour policy when he was in NTUC?