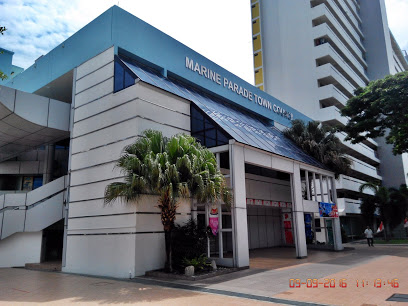 On 23 Sep Marine Parade Town Council (MPTC) took to Facebook to refute the allegations of Facebook user Sanson Ng who asked if political consideration was a reason for rejecting an application to use a multi-purpose hall in a neighbouring constituency for a wake (http://bit.ly/2cLkPwu).

MPTC explained that political consideration was not a reason for rejecting the application, but consideration for residents’ interests was. It said that it referred the applicant to another available space in his own constituency – and followed up with a phone call later.
MPTC further claimed that Sanson did not have the full facts when he made the Facebook post.

A friend of Sanson and son of the dead man, Bertrand Tan, has now spoken up in his Facebook to refute MPTC’s version of events as inaccurate. He said that his family was not interested in pursuing the matter any further, but felt that he to clarify the situation from his family’s point of view, to provide accurate first-hand facts regarding this incident. He felt that he had to say something because MPTC’s post was “extremely unreasonable” and as he was “appalled by their response”. Bertrand clarified:

“My dad passed away on the 26th of August 2016 9:56pm and his death came very suddenly and my family wasn’t prepared for it. We then scrambled to look for a venue to hold his wake. The void deck under our block as well as the vicinity blocks’ were occupied due to home improvement works.

As such, we proceeded to look for an alternate location, which is the multipurpose hall opposite the road from our flat which belongs to Marine Parade GRC. We heaved a sigh of relief as they informed us that the location is AVAILABLE FOR USE for the next few days but we were in shock when we were informed that we might not be able to secure the location as we come from a different GRC (Aljunied GRC) and it is subject to the approval of the senior officer the following day.

They told us that they would revert to us at 7.30am about our request to book the multipurpose hall. Anyone who has had the unfortunate experience of arranging the wake for his or her loved one would know that 7.30am is too late a timing to make the necessary arrangements with the undertaker. As such, I had no choice but to go to the next nearest void deck in my GRC at the wee hours to find the contact of the EMSU to book the void deck.

I find Marine Parade GRC’s response highly unsatisfactory. Firstly, they accused that “Mr Sanson Ng did not have the full facts”. This is not true. In fact, the facts provided by Marine Parade GRC in their statement are inaccurate. They claim that they “assisted the caller (who was my sister) in securing an alternative funeral site within her Town on 27 August 2016 (Saturday) morning.”

There was no form of assistance at all. We were the ones who personally went out in the wee hours to source for an alternate venue and the only “assistance” they gave us was that we can try booking that particular venue. No assistance was offered to help book the venue at all. Thus, I would like to know what the Marine Parade GRC meant when they said they offered “assistance”. Are they referring to some form of imaginary mental support which we weren’t able to appreciate through the phone calls? It seems to be a game of pushing our request from one avenue to another which ends up taking more and more time which we do not have.

Next, the statement by Marine Parade GRC tried to divert attention to our poor friend Ng Sanson who was kind enough to inform the public of the treatment we received. There are contradictory statements made. Why are we not allowed to use the Multipurpose Hall?

They claim that “residents may choose to use the facilities of the nearby blocks within their vicinity” but in the following paragraph, states that “the Town Council restricts the use of the void deck space or multi-purpose hall to residents within the block or who are living near the block”. We DO live near the requested block.

They then explained the reason for such an arrangement, that “If there are no such restrictions, residents living in the nearby blocks would have to face additional traffic and noise on a regular basis.” But what I do not understand is, isn’t a multipurpose hall meant for such purposes? And wouldn’t holding the wake at a void deck cause more “traffic and noise” to the residents?

Hence, correct me if I am wrong, but is Marine Parade GRC implying that they are more interested in protecting the interests of the residents in their own GRC than those of Aljunied GRC?

But what I discovered is that the multipurpose hall which we requested is in fact nearer than the void deck where the wake was eventually held. As such, can Marine Parade GRC kindly explain what they meant by “precinct boundary”?

If no such clear definition is offered, they shouldn’t blame the general public for assuming that they drew their boundary through political lines cause that seems to be the only differentiating factor in our case as depicted below.

I wasn’t planning to comment about the treatment we received. But I am deeply angered by Marine Parade’s contradictory statements and false accusation of our friend for not having the full facts.

I feel that a simple explanation and apology would suffice and certainly be more appreciated than desperately trying to preserve your “politically” correct image.”