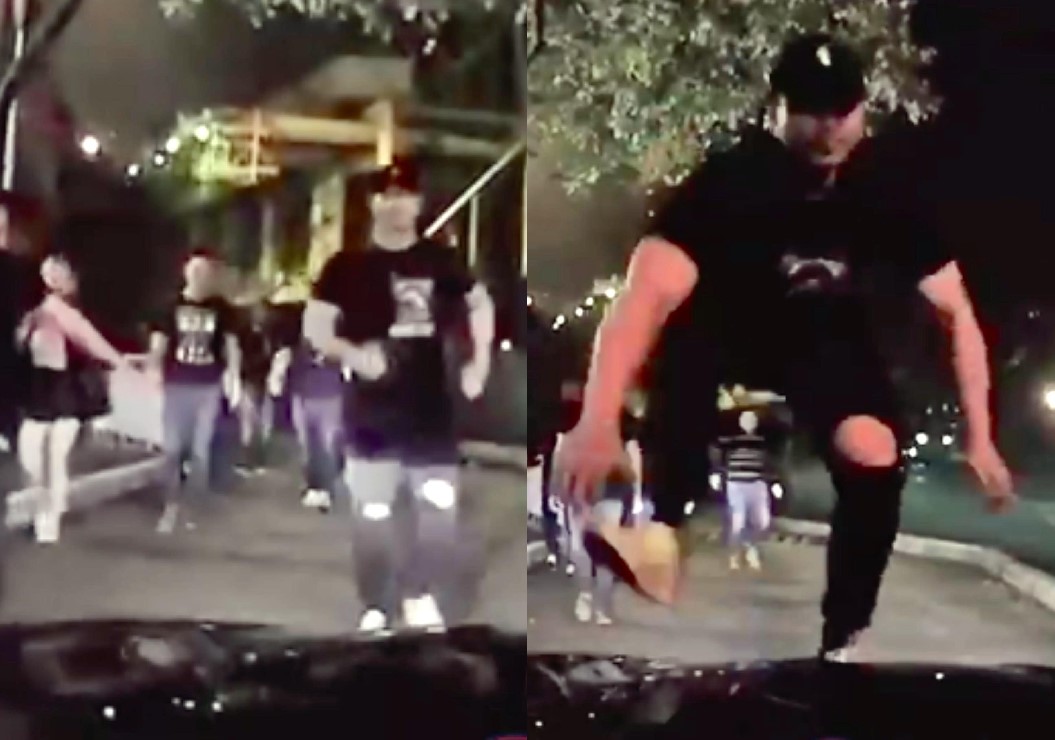 UPDATE: The police have confirmed that the culprit has been arrested and is waiting to be charged. A police spokesman told reporters: “On May 5 at about 3am, the police were alerted to a case of rash act at 3 Sentosa Gateway. A 26-year-old man has been arrested in relation to the case and he will be charged in court on May 7, 2018.”

A young man has been caught on camera jumping on a car and stomping on the vehicle’s windshield as he climbs off the car. According to Facebook user, Belleiansa Xu, the driver of the vehicle is her 72-year-old father who works as a Grab driver.

Xu wrote online that the attack was unprovoked and that her father drove off after the unexpected incident, worried for his safety. A timestamp on the dashboard camera footage capturing the scene shows that the incident occurred this morning around 3am:

Hello!! Do u have nothing better to do than to bully a 72 years old grab driver? My dad has done nothing to provoke u. He jumped on his car and your friend even shouted “ we apologised already, what’s more u want?” Fearing for his safety, my dad drove off to prevent confrontation. Please share and make him famous. Dun think you can escape just like this. I will get you!

In the video, a young man who appears to be in his late teens or early twenties can be seen walking on a narrow lane with a group of people. Many of the individuals walking with the culprit move to the side of the lane but the young man runs down the centre of the lane and mounts the car.

The Grab driver can be heard sounding his horn right before the culprit stomps on his windshield.

Incensed that her father is bullied in this manner, Xu has appealed for more information on the man who jumped on her father’s car. According to SG Road Vigilante, a Facebook page that shared the footage, a police report has been made over the matter.

Hello!! Do u have nothing better to do than to bully a 72 years old grab driver? My dad has done nothing to provoke u….