Customer incensed over being charged $14 for rice, fried fish and vegetables at Vivocity Kopitiam 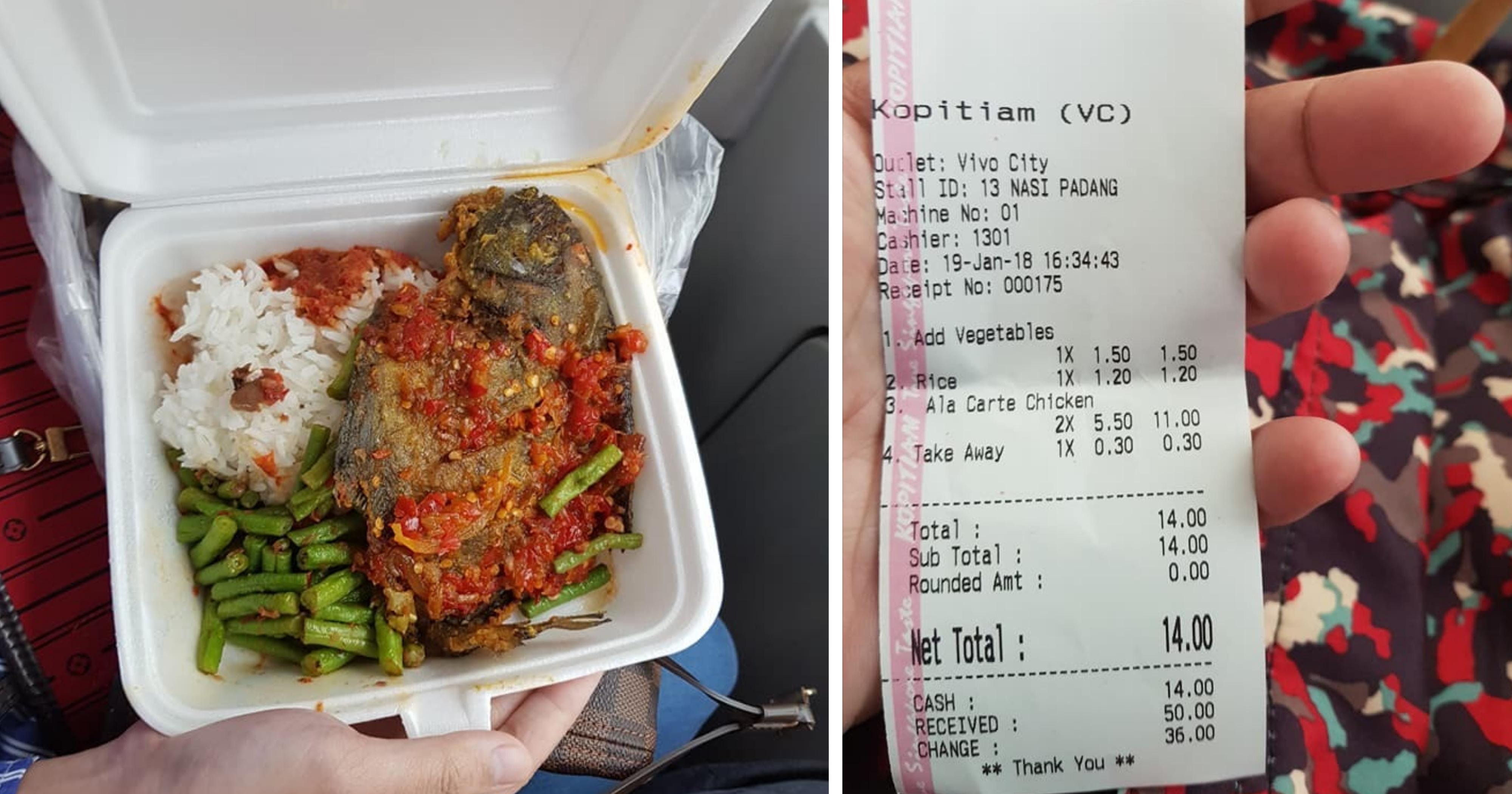 Facebook user Nizam Vanderbeek’s post that a plate of white rice, fried fish, and one serving of vegetables cost him a hefty $14 at a local Kopitiam has been going viral online, with netizens being surprised that he was charged such exorbitant prices for one meal at a food court.

Nizam revealed that the meal is from a nasi padang store at the Vivocity Kopitiam at the Basement 2 level of the mall. When he ordered the meal on 19 Jan, this year, the cashier charged him $11 just for the fried fish.

However, instead of reflecting that the $11 charge is for the fish, the receipt shows that he was charged $11 for two chicken dishes – that he apparently did not order.

Nizam confronted the cashier over why he was being charged the price of two chicken dishes and the cashier only responded that he was only registering the amount he was instructed to register:

Nizam reached out to Kopitiam customer service over the matter, but claims that he has yet to receive an adequate response beyond the team asking him for a copy of his receipt:

An average food court Nasi Padang dish with rice, one meat dish and two vegetable dishes would cost around S$6.50.

Some netizens questioned whether the fish was an expensive pomfret fish and opined that it looks like the serving size and the takeaway box appear to be larger than usual, and that this might have affected the price. Others asked Nizam whether he checked the price of the dishes before making his order.

Still others shared their own experiences of being charged exorbitant prices for single meals at food courts here:

Qamara Myra Fazz: Omg…yes even in paya lebar squara is getting expensive n the fish is smaller .. that was the ayam penyet.. i hv wrote to the management.. about it im not sure if we should report to case

Anilama Halludba: my mother also kena that kind of ridiculous price which is close to 20 dollars..and she take 2 meat with 1 veg..