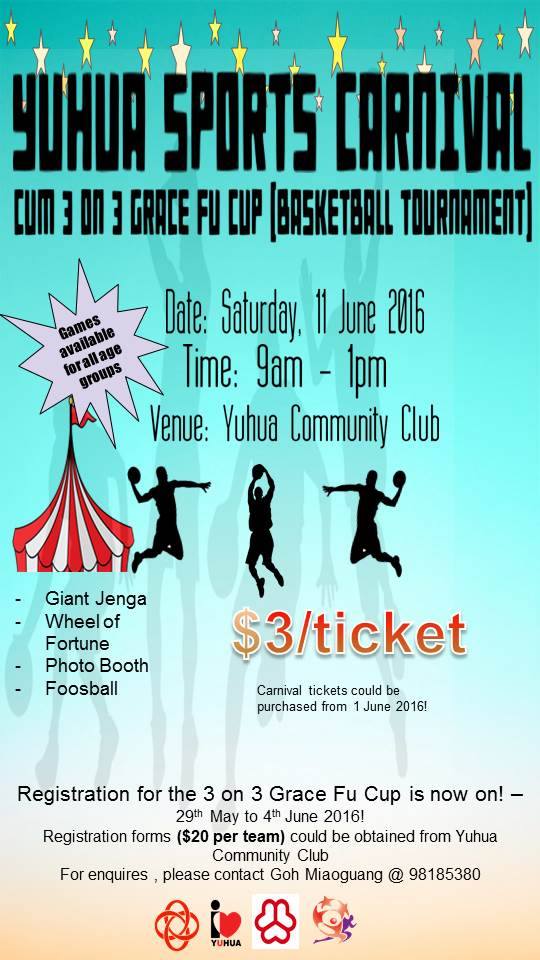 Yuhua Community Club holds an annual basketball competition and the challenge is for the Grace Fu Cup. Grace Fu is the MP for the constituency as well as the Minister for Culture, Community and Youth. This year’s competition has been ridiculed by some netizens because of the choice of words to promote the event on its advertisement materials.


Facebook user Lawrence Chong’s sharing of a picture of the advertisement banner for the event was trolled by several other Facebook users.
Commenting on Lawrence’s picture Troy Parry said: “Yeah i’ve also seen some funny uses of the word too. This word only has 1 meaning in Australia, i’ve never seen it used for any other purpose until I came to Singapore (pun not intended lol).”
One Facebook user who shared Lawrence’s picture captioned it “Cum on your Minister”. Another said, “That is why proof reading is required at all times.” While actor Neo Swee Lin sharing the picture said tongue-in-cheek, “my minister of culture just got even less cultured (didn’t think that was possible, but here you go).”
Grace Fu drew the ire of many netizens when she called the character of SDP’s secretary-general, Chee Soon Juan, into question at Bukit Batok by-election.  Referring to Dr Chee’s intention to be a full-time MP if he was elected, Ms Fu said, “as far as I know he’s not held a full-time job for a long time… The work experience is essential. It’ll be interesting to see if there is a referral letter from Chiam See Tong.”
Follow us on Social Media