Crime is down but fatalities with elderly pedestrians is up 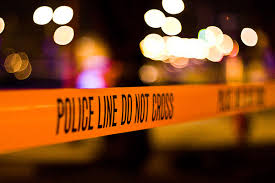 The year did roll off to a good start. Criminals are few and far between among us and the hope is that crime will continue to dip, according to the nation’s Ministry of Home Affairs (MHA).

In an announcement over its website crime remained low and the overall crime rate fell. The number of violent/serious property Crimes, housebreaking and related Crimes and theft and related crimes actually decreased compared to 2015, said the ministry whose purview has generally been to keep Singapore safe. Even the ​the drug situation showed no appreciable rise in the numbers of abusers. There were also fewer immigration offenders along with those collaborating with offenders.

Fewer fire fatalities and fewer road accidents in 2016 now mean that the roads are safer though not quite in the same mould as those driving against oncoming traffic. All in, recidivism rates for ex-offenders in 2016 remained low and stable with many inmates able to secure jobs prior to their release, inferring that many pastoral programmes and other esoterically-linked programmes in the prisons were actually yielding results.

A new area of concern is what the technology has wrought and will continue to wreak if steps are not addressed in any watertight fashion. E-Commerce, Internet Love Scam, and China Officials Impersonation – continue to be a significant concern. And more drug abusers under the aged of 30 are hooking onto their first puff

Fatal accidents involving elderly pedestrians has been on the upward spike, owing nothing more than to presumably more of them being either hard on hearing or of having failing eyesight.

The Home Team, in partnership with other Government agencies, will continue to do its best to detect, prevent and respond to a terror attack. However, the Government’s efforts alone are not enough. We need the community to be alert and prepared. Everyone can play a part to look out for suspicious behaviours or items. Should an attack happen, Singaporeans need to be able to stay united and rebound quickly together. We must not let terrorists divide our society or disrupt our way of life.

The announcement was especially effusive of the SGSecure initiative launched on 24 September 2016 as a call to action for the community to help prevent and deal with a terrorist attack.

“We aim to have at least one Prepared Citizen in every household. We have reached out to more than 34,000 households to help them learn how to protect themselves and their families and how to recognise and report suspicious behaviour or item”, the ministry noted.

The ministry noted with delighted the launching of the SGSecure mobile app to allow members of the public to receive alerts during major emergencies, seek assistance or provide information to the authorities and access e-learning for information and skills to protect themselves and others. To date, more than 210,000 mobile devices have the SGSecure app.