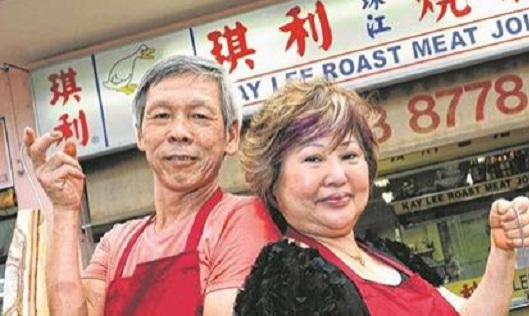 In a Press Release on Monday (29 Aug), IRAS said that the sole-proprietor behind the popular Kay Lee Roast Meat, Ha Wai Ka, was convicted of evading $54,917 in income taxes for the Years of Assessment 2010 and 2011.

His wife Kong Kuee Chin, was also convicted of assisting him in the evasion.

Such offences took place before the couple sold the chain of restaurants to the Aztech Group in 2014 for S$4 million.

According to the release, the couple – who were 64 and 69 respectively – were then the sole proprietors of Kay Lee and Wan Tat Eating House.

The wife was in charge of recording the daily cash collections and expenditures for both entities into her diary before providing them to their accountant. The account would use such information provided to prepare their accounts and income tax returns.

Both husband and wife were found guilty by the court and were sentenced to four weeks’ jail and fined $164,751 each, being three times the amount of tax evaded.

The Press Release added that IRAS takes a serious view of non-compliance and tax evasion. There will be severe penalties for those who wilfully evade tax. The authorities will not hesitate to bring offenders to court.

Informants who provide information or documents that lead to evaded tax being recovered will get a cash reward of 15 per cent of the tax recovered, capped at S$100,000.