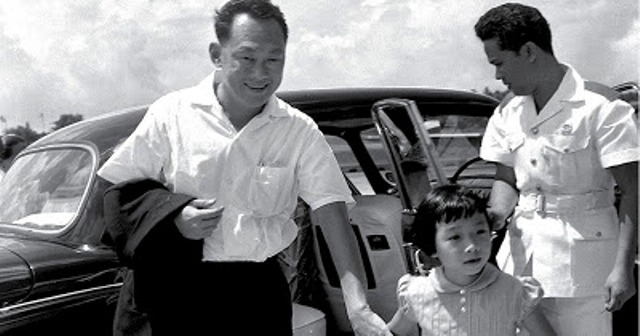 In his judgement, the honorable Tay Yong Kwan appears to have made a Solomonic decision: the Attorney-General gets his Official Secrets Act to apply to the interview and transcripts, and the Estate of the late Mr Lee gets its full copyright to the same interview and transcripts. That is to say, the Estate has “full copyright and literary rights”, only to the extent of checking that the Government complies with the Interview Agreement.

In practice, the reality of the National Archives

These materials will be part of the national archival collections and may be referred to by researchers, civil servants, teachers, students, broadcasters, and members of the public
— announcement of the Oral History Programme by Mr Chai Chong Yii, on 6 March 1981

Yet in our previous post, we argued that this judgment seems to disregard the publicly available and legally backed operating guidelines and established practices of the National Archives regarding interviews with government officials on politically sensitive matters, to arrive at a decision that would not have made sense to the Archives, or any reputable archival institution.

From an archival perspective, insofar as the Official Secrets Act exists, the National Archives

Today, we argue further that like Solomon’s baby, it is unprecedented to assert the following points:

This is important as Singapore is a full signatory to the Berne Convention, and the honorable Tay Yong Kwan’s precedent-making judgment on this unique case will be analysed and discussed by IP scholars everywhere.

From these first principles, the honorable Tay Yong Kwan’s judgment raise several areas that require clarification from a copyright perspective:

How is it that the practical “all copyright and literary rights” of the late Mr Lee over his interview and transcripts is acknowledged, while upon his death, these rights are transferred in whole to his Estate, which the honorable judge waives and alienates from the Estate, to the extent of only having the power to check that the Government comply with the Interview Agreement?

We at Illusio believe that applying the Official Secrets Act to the interview recording and transcripts is a clumsy legal device by the Attorney-General to circumvent the standard application of copyright law.

Whosoever creates a work has rights over it

From an IP perspective, the Official Secrets Act can be argued as a special subset of copyright law, where the creator is the Government or a government official and the content of the work is politically sensitive, and the readership has been circumscribed.

While the archival perspective argues on the basis that since the interviews were created for the public, the Official Secrets Act should not apply and were not meant to apply, an IP perspective will simply ask: Who was the creator of the recording and transcripts?

Here’s the templated interview agreement of the National Archives, upon which variations were made in the Interview Agreement between Mr Lee, the Archives director, and the Attorney-General.

Reading the actual Interview Agreement, it can be argued that it is the Archives has either turned over its share of the copyright to Mr Lee or acknowledged that he is the sole creator, from the standard formulation of “all copyright and literary rights”.

If we treat Mr Lee as the acknowledged legal sole creator and therefore copyright holder of the recordings, then the Official Secrets Act does not apply. If the Official Secrets Act even applied, it is clear that the Archives made a decision to declassify the recording and transcripts and then transferred its copyright entirely to Mr Lee – something it was legally entitled to do under its legal charter.

In a strange way, both copyrights and archival perspectives would end up make the same argument that both the Estate and the Attorney-General did not put forward to the Court.

—
Republished with permission from the blog ‘Akikonomu‘.Follow us on Social Media