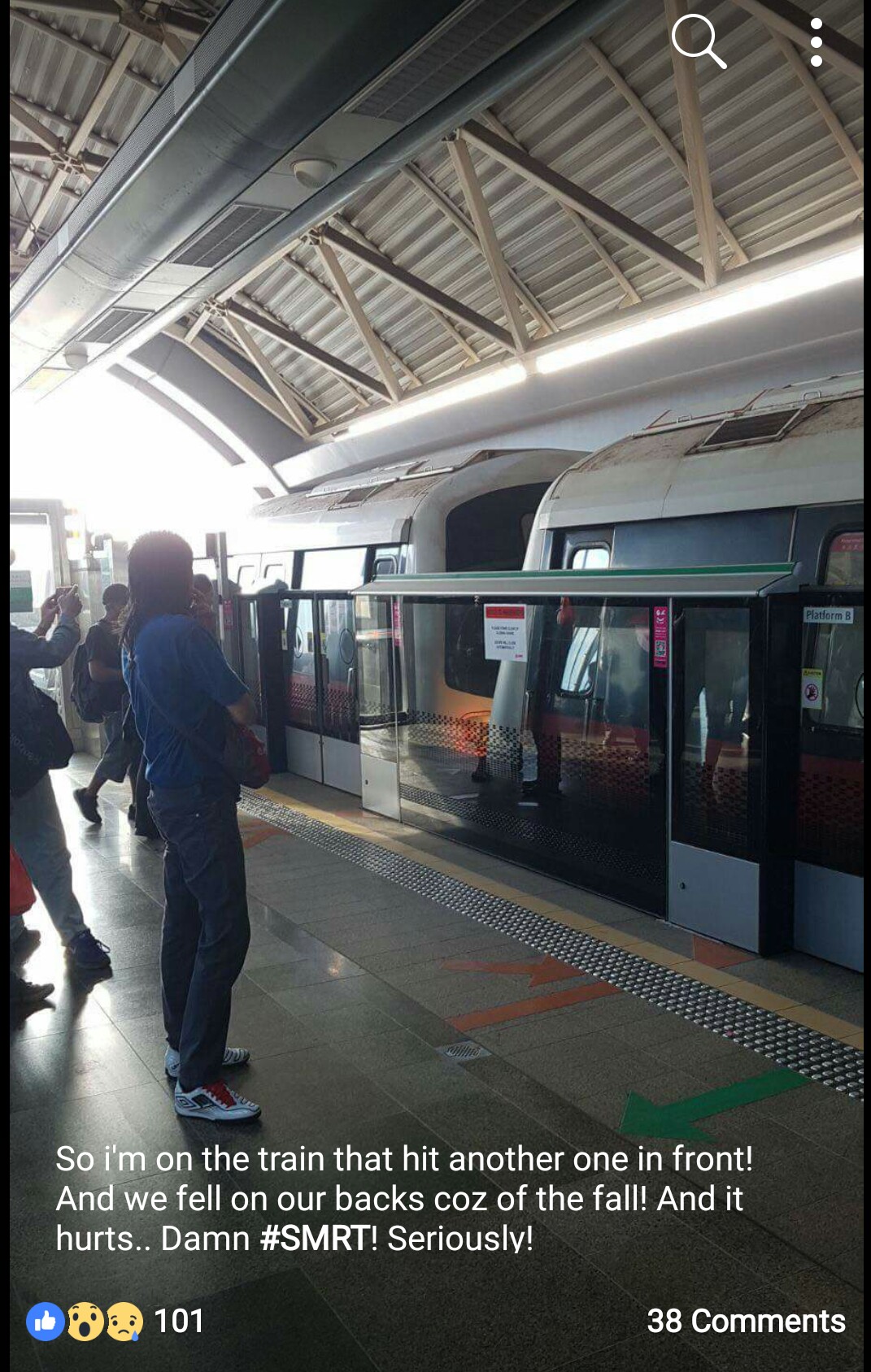 A collision was reported at 8am this morning, 15 November, when a stationary train was hit by an SMRT train at the Joo Koon MRT station.

Commuters reported on social media that passengers on the moving train fell down when the collision occurred.

Trains were delayed on the East-West Line as a result of the collision.

Others expressed frustration that those in charge refuse to accept responsibility, but have been blaming the ground crew for SMRT’s spate of problems