The Independent Singapore News
Asia Malaysia Code of Conduct may not suffice to halt China in water dispute:...

Code of Conduct may not suffice to halt China in water dispute: Expert

Emeritus Professor Carlyle A. Thayer from The University of New South Wales, Australia said China will continue to press Asean in the South China Sea conflict 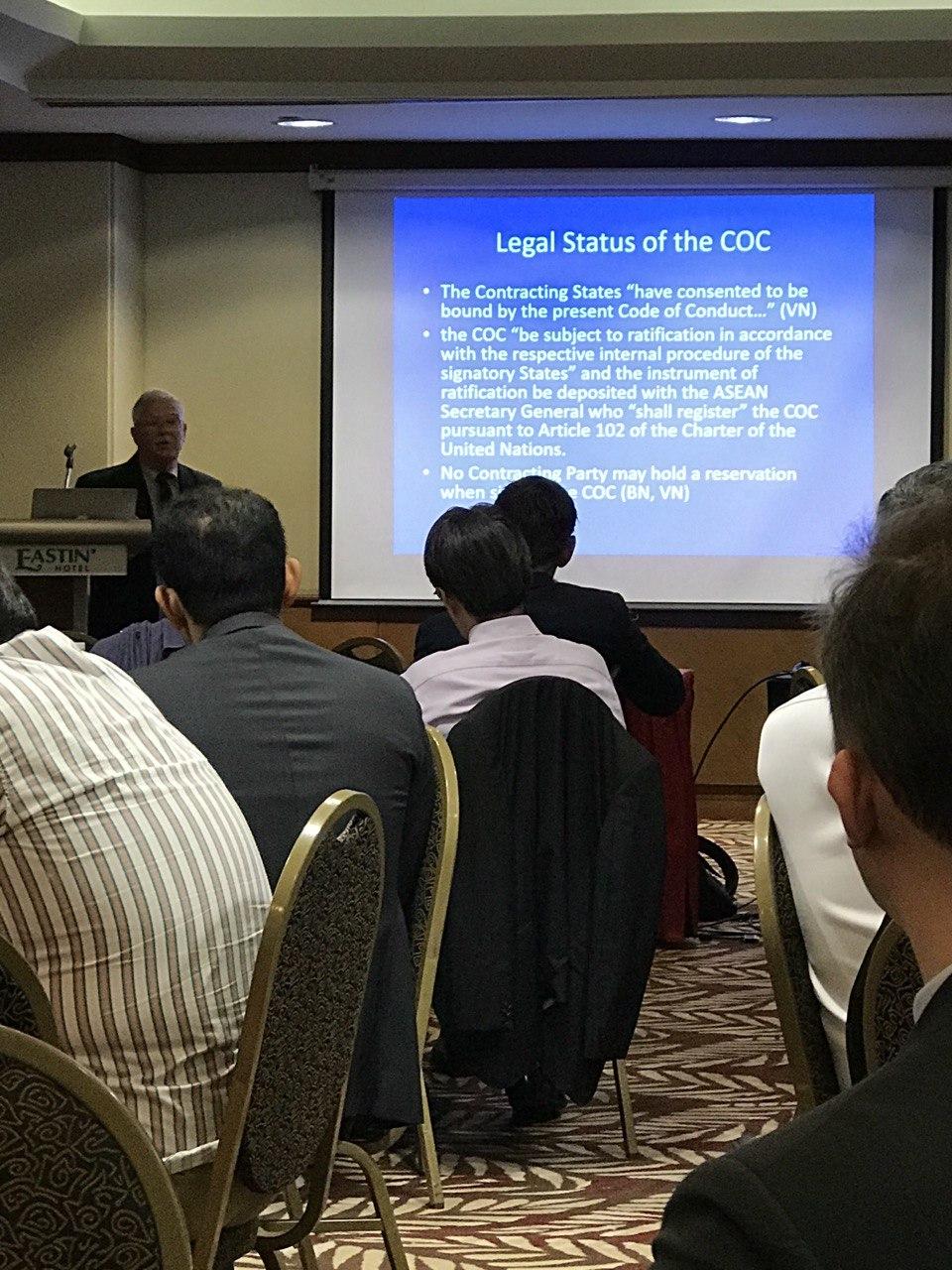 An expert on the South China Sea speaking during a seminar in Kuala Lumpur says a Code of Conduct for the various claimants in the disputed seas may not be sufficient.

Emeritus Professor Carlyle A. Thayer from The University of New South Wales, Australia said China will continue to press Asean in the South China Sea conflict.

“The Code of Conduct itself will not be sufficient to halt the Chinese push in the disputed seas,” he said to an audience composed of defence experts and diplomats.

Thayer highlighted the legal value of the Arbitral Tribunal’s ruling on China’s claims issued on July 12, 2016.

He said the Chinese claims in the SCS overlaps with the Philippines and some other claimants territories, encroaching their Exclusive Economic Zone.

In his view, China’s blatant nine-dash line has no legal and historic basis. Arbitral Tribunal ruled against China’s claims, trashing its nine-dash line theory. But China is still pushing the de-limitations in the seas, claiming most of the South China Sea as its own.

This poses a threat to Asean in its backyard.

The event, organised by WorldFuture, gives serious thoughts on the CoC and its legality.

Bunn Nagara, Senior Fellow at ISIS (Institute of Strategic and International Studies) said the record shows a long and winding road towards a CoC in the South China Sea.

“Asean countries and China are moving in the right direction towards a meaningful agreement, but it continues to be a long (sic) and hard work.

“There is no significant impasse but there continue to be pit stops, distractions and “planned or unplanned encounters” with challenges along the way.

“However, at every stage, it is imperative to understand what the CoC is and isn’t, what it can do and what it cannot, which are its legitimate purposes and which are not,” he said.

But he feels there should be no false hopes or misplaced anxieties about the CoC by any party.

Regardless of trade disputes and strategic rivalries being played out between the United States and China, no party stands to gain in the situation which poses high risks and great costs.

According to Bunn, alarming naval manoeuvres have been reciprocated far more than constructive, confidence-inspiring measures.

Cdr Ang Chin Hup (R) Senior Researcher Centre for Maritime Economics and Industries Maritime Institute of Malaysia (MIMA) said the region around the SCS is the fifth-largest economy in the world.

It has a combined gross domestic product (GDP) of US$3 trillion and China is emerging as the second-largest economy in the world.

But the region is now threatened by a security conflict which arose over territorial sovereignty and maritime resources between China and Asean.

“These disputes impact the relationship and trade between China and member states of Asean.”

But he said while there are security issues, the negotiations on the Regional Comprehensive Economic Partnership (RCEP) which have been completed augurs well for the region.

“Thus, it appears that while the conflicts in the South China Sea does have a negative impact in the region’s security, the trade relationship between China and Asean continues to prosper,” he added.

For the CoC to become an effective tool, Asean countries should strengthen their internal consensus and solidarity, say the scholars.Follow us on Social Media