City Harvest Church: “We thank God for the shorter sentences” 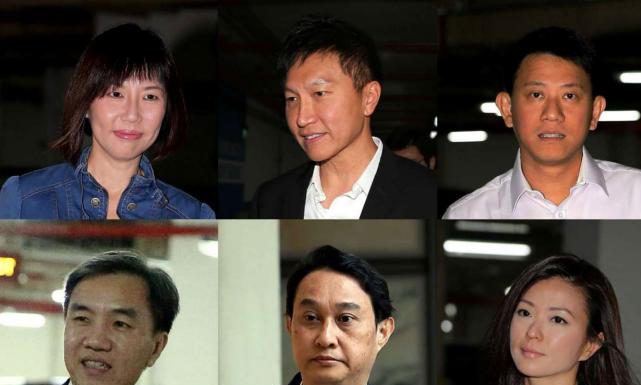 City Harvest Church founder, Kong Hee, and five of his church members’ sentences were reduced by the Appeal Court today. The court meted out the following sentences after a five-day appeal hearing in September 2016:

The High Court judge ruled that they were “effectively putting CHC’s funds into their own hands to use as needed” despite being “not authorised”. The Appeal Court however decided to reduce their charge from one of aggravated form of criminal breach of trust (CBT) to a “simple” form of CBT.

The Church has responded to the sentencing saying that they are “deeply saddened by this decision,” but “thank God for the shorter sentences.”

The following is the Church’s statement in full.

The verdict of the appeal by the six—Pastor Kong, Pastor Tan, Serina, Sharon, John and Eng Han—was given today at the High Court. The Appeal judges gave due consideration to the matter, and agreed with the State Courts’ finding that the six are guilty of the charges.

However, the majority of the judges disagreed that the punishment for the six should fall under Section 409 of the Penal Code, as the six did not fulfill the definition of “agent”. Instead, the majority felt Section 406, or CBT simpliciter, was applicable. The sentence for Section 406 is much lighter.

Hence, the sentences for the six were shortened to between seven months for Sharon to three years and six months for Pastor Kong, compared to the State Courts’ sentencing of between 21 months and 8 years.

While we are deeply saddened by this decision, we thank God for the shorter sentences. We put our trust in God that in all things God works for the good of those who love Him, who have been called according to His purpose.

It has been a seven-year journey for City Harvest Church. In the Bible, the seventh year is a time of Sabbath, a time of release and rest. It has been a hard journey that all of you have taken with the leadership—through it all, we have learned many lessons, the most precious of which is to trust God with our whole lives.

Thank you for your seven years of ceaseless prayer and uncompromising faith. Let us continue to pray for and support the six and their families as they go through this difficult time.

Let’s come together this weekend to worship God. Let’s also hold fast to the confession of our hope without wavering, for He who promised is faithful.
In Christ,

Aries Zulkarnain
on behalf of the CHC Management Board