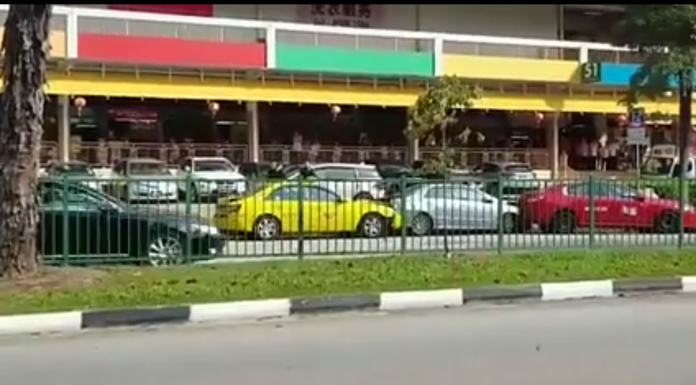 A video of a Citycab taxi repeatedly ramming a row of parallel parked cars has gone viral. It is unclear when the incident happened. Details of the taxi and the driver are also sketchy.

The driver can be seen reversing the taxi several times to hit the car in front of him. The impact of the repeated hits sent the other car surged it forward to hit other vehicles. The taxi driver studiously though avoided hitting the car behind.

Netizens have speculated that the taxi driver had a road dispute with the driver of the car in front.

A taxi driver who spoke to this publication on conditions of anonymity said the cabbie went berserk because he was “frustrated with Uber and Grab for taking away his business.”