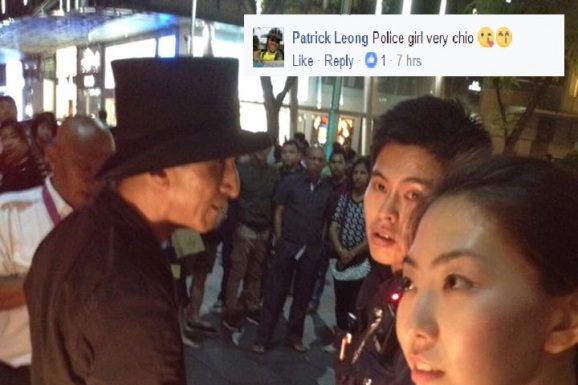 According to Facebook user Eric Fong, a prominent busker at Orchard Road was arrested in full view of the public yesterday (11 March) at about 9.50pm. The busker was performing in front of a large audience outside Takashimaya when the incident happened.

Eric’s post drew mixed comments. Some lambasted the police for handcuffing the performer in full view of the public, while others wondered if he was really arrested for busking or some other offence.

Several commenters though could not help but notice how pretty one of the arresting officers was.