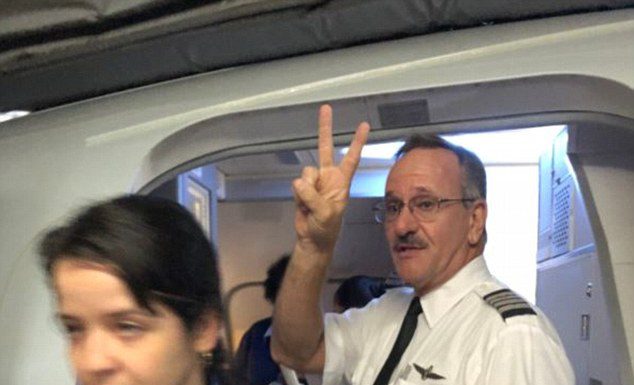 A DePaul University School of Music student from Shanghai, China was kicked off of an American Airlines flight out of Miami after she checked in online for both herself and her cello.

Jay Tang said his wife Jingjing Hu was sitting in her seat on the American Airlines flight 2457 from Miami International Airport to Chicago, where the couple lives, when flight attendants told the woman she would not be allowed to fly because “the aircraft is too small for the cello.”

This is how American Airlines treats musicians! So my wife Jingjing Hu, a DePaul University School of Music student, is…

Just in case you can’t see his post, this is what he said:

“This is how American Airlines treats its musicians! So my wife Jingjinh Hu, a DePaul University School of Music student, is scheduled to fly back to Chicago on American Airlines flight 2457 from Miami today. She is travelling with her cello in a hard case as a cabin baggage. I purchased two round trip tickets for her and her cello on Apr.2 on the phone directly from AA and told them specifically that one ticket is for the cello as cabin baggage. I was told it is absolutely allowed and she won’t have any problem.

She flew from Chicago to Miami on American Airlines 335 on Jun. 19 without any problem. She checked in her flight back yesterday online for both herself and the cello. Today she arrived at Miami International Airport 3 hours ahead, checked in her luggage, went through security check, and boarded the plane normally. Just before the flight attendants were about to close the gate, she was told to get off the plane because “the aircraft is too small for the cello”. She was assured that she could get on the next flight to Chicago about 1 hour later.

When she was turning around and leaving the plane, her cello case touched the pilot. The pilot immediately claimed that he was bleeding because of the touch, while apparently there is no blood or injury to be found. My wife then took a picture of him and he was doing the victory sign to her and said “this is why we need to get her out”.

Interestingly my wife was travelling with a friend, who remained on the plane. She told us that after my wife left, two other passengers came and sat in her and her cello’s seats. The story does not end here. After she got off the plane and trying to find the next flight that was guaranteed, she was told that the next flight was also “too small” for the cello, and they called the police because my wife was “not being understandable”.

Fairly speaking no one can understand what’s happening. So surrounded by three law enforcement officers, my wife was told again that either she purchase first or business class tickets out of her pocket or she could not fly back to Chicago on an American Airlines flight because of Federal Aviation Administration regulations.

So basically you either have to be rich to purchase the tickets, or just settle in Miami. I don’t know how are musicians supposed to travel to comply with those “regulations”. But clearly AA is just playing around with customers. They just kick off passengers when they oversell their tickets using FAA regulations as an excuse. I could have been told those regulations when purchasing the ticket.

My wife could have been told those regulations when flying from Chicago to Miami, at check in counter in Miami International Airport, at the gate or even when boarding the plane. Yet they chose to kick her out last minute after she was seated and her cello safely secured.

They even need law enforcement involved. What a shame. Please share and forward this if you can. We are so helpless when facing those giant companies. We demand American Airlines to offer my wife and her cello a flight back to Chicago, an explanation and an apology.”

Federal regulations allow musicians to carry instruments like cellos in the cabin if passengers purchase an additional seat. American Airlines later said that there was a “miscommunication” with Hu about whether or not the cello would fit on board the aircraft.

Officials apologized for the misunderstanding and said “customer relations will be reaching out to her.”Follow us on Social Media