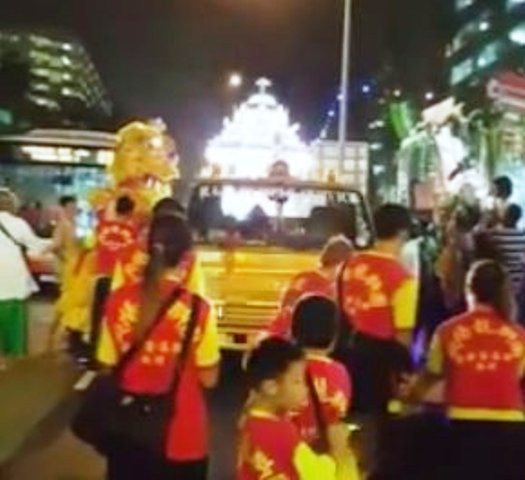 A lesser-known Hindu festival which is celebrated in Singapore is Panguni Uthiram. The festival falls on the day the Uthiram star coincides with the full moonin the twelfth month of the Tamil solar calendar i.e. Panguni (March-April).
It is believed that on Panguni Uthiram the Hindu god Murugan married his wife Valli. The day is intended to underline the importance of married life.
In Singapore, Hindu devotees flock to the Murugan temple, Holy Tree Sri Balasubramaniyar Temple, in Yishun. The temple was originally in the Naval Base area (off Canberra Road) and moved to its current location at Yishun Industrial Park A in 1996.
Since 1967, a kavadi procession, similar to the better-known Thaipusam festival, has taken place in the Sembawang area, organised by the Holy Tree Sri Balasubramaniar Temple.
A chariot procession also takes place on the eve of this festival of Hindu festival. The chariot is believed to be a representation of the chariot in which Murugan is believed to use on his annual visit to his devotees on Earth. This year the Panguni Uthiram Murugan Chariot Procession was held on 22nd March 2016 (Tuesday), and it stopped at several locations in the Sembawang and Yishun area.
What was most unusual in the chariot procession this year is the lion dance which was performed to honour the Hindu god Murugan.

The lion dance is a form of traditional dance in Chinese culture. Non-Singaporeans may find such practice, a Chinese dance for a Hindu festival unusual. But this shows how Indians and Chinese in Singapore have integrated in each other’s culture.Follow us on Social Media