A ban on most foreigners entering the country was implemented in March as the outbreak gathered pace overseas -- leaving families separated and firms struggling without key employees. 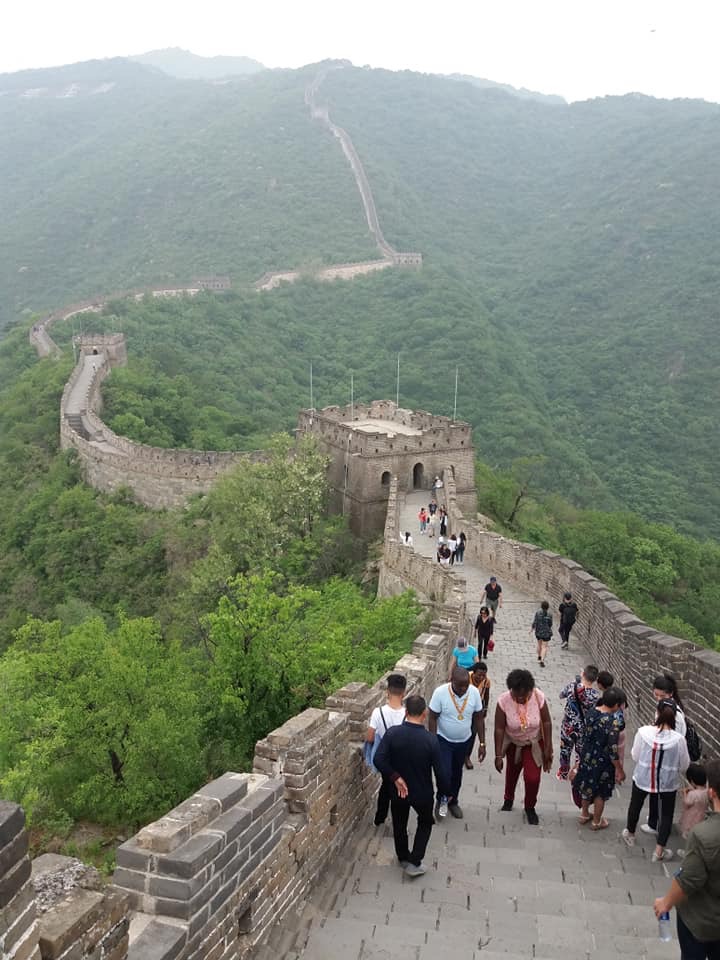 China’s coronavirus travel ban is wreaking havoc among foreign companies and international schools, with many fearing for their future as executives, teachers and students are left stranded in their home countries.

A ban on most foreigners entering the country was implemented in March as the outbreak gathered pace overseas — leaving families separated and firms struggling without key employees.

Even those with valid residence or work permits, or who run businesses, have been shut out, and there was further doubt about when the restrictions would be lifted after a new cluster of infections was detected in Beijing over the weekend.

Jessie Lim, the founder of Frequency Advertising & Event, has been stranded in Singapore since travelling there in January.

“(The ban) really shocked me,” she told AFP, adding that her Chengdu-based firm earned nothing in the first three months of the year as the virus put a stop to gatherings and events.

Lim had been due to return in February when a 14-day quarantine on arrivals was imposed — so she delayed in the hope that measure would be lifted.

Instead, she was stunned when the ban was announced and she was unable to return at all.

Business is expected to pick up in the coming months but Lim is unable to meet clients, and worries she will suffer further losses if she stays away much longer.

Although China set up “fast-track” channels with some countries for key business personnel to return, the process is still complicated and requires an invitation letter and approval by the foreign ministry.

One Beijing-based Middle Eastern restaurant told AFP the founders are looking for new owners for their downtown eatery after being stranded in Israel, and were considering making the move home permanent.

St. John Moore, chairman of the British Chamber of Commerce in China, called this week for a system allowing British nationals who live in China to return with their families.

“An increasing number of British businesses make China their regional hub and base executives in China with roles across the region. In this current environment, it is not possible to continue that,” he said.

An American Chamber of Commerce survey in May found that 90 percent of 109 member companies had business operations hit by global travel disruptions, which was a top concern.

More than half said being unable to return expatriate staff to China was another worry.

Joerg Wuttke, president of the EU Chamber in China added it is “recruitment season” now, when companies move as many as 100 staff members to new roles or appointments.

“But it could be very difficult now (to keep workers in China) because many family members are separated… many people may just cut their stint short, go home and stay home,” he told AFP.

“How can we make China a good place to live when flights are not operating, quarantine conditions are unfavourable and it’s hard to get visas?”

“If this is not resolved, in making China a place where international families with children can continue to work… we will see a reduction in the attractiveness of China as a place for long-term engagement,” he said.

Some parents have called for refunds on hefty tuition fees with classes unable to resume, adding to the schools’ financial woes.

“The crisis happened just at the moment when we were supposed to pay the second term,” said Karim Vincent Berrada, whose child attends the French International School in Beijing, adding some parents were angry at being made to pay despite there being only online classes.

International schools have made huge investments in China in recent years — hoping to tap demand from expats and wealthier Chinese families seeking an international-standard education for their children.

The number of foreign independent brand campuses has rocketed from seven in 2012 to 74 this year, according to ISC Research.

International schools had already been facing challenges because of falling numbers of expats living in China in recent years.

Sam Fraser, head of field research at ISC Research, warned some schools “might not be in a position to offer refunds or discounts or bear any financial loss”.

Funds for other projects may have to be put on hold if cash is redirected to keep the school running, he said, and “we think it is inevitable that some schools will be forced to close”.