China’s Censorship of Humor and News Apps Is Causing Discontent 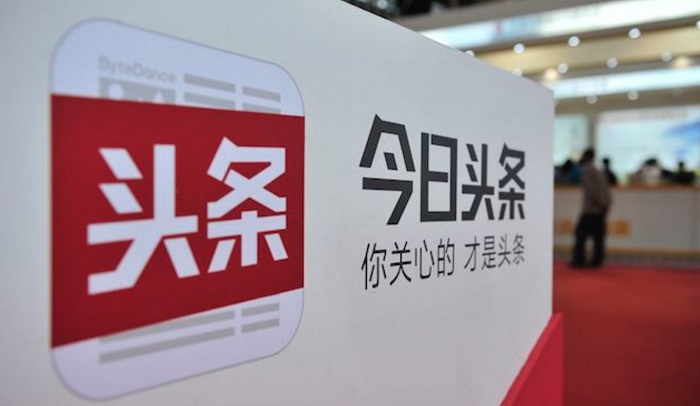 China’s internet regulators have slapped the widely popular app Jinri Toutiao with a three week suspension. This has been a big blow to app developer Bytedance, but more importantly, could cause ripples of consequences to the Communist Party.

Bytedance, a Chinese tech firm, has a $20 billion valuation. Over 700 million users have tried its apps since the company was founded in 2012. The apps have given many Chinese a steady supply of news, humorous videos and memes, all of which are tailor-fit to users via the use of algorithms.

However, Jinri Toutiao is not the only Bytedance app in trouble. The government banned Neihan Duanzi, a joke-sharing app. The app, which had over 20 million active users, was known for ribald jokes. The official reason for banning the app is that people had gotten upset with its “vulgar and banal” content.

The founder of Bytedance, Zhang Yiming, issued an online statement apologizing that the apps had gone down “the wrong path”. Mr. Zhang said he was full of “guilt and remorse” and pledged that Bytedance would exert more effort in spreading “positive energy.” He also said that his company had failed to understand that “technology must be led by socialist core values.”

Bytedance is one of four tech companies to have news aggregator apps suspended. It seems as though government censors have been focusing on new technologies, and party officials must be concerned about the news and humor sites that even if these sites don’t publish perspectives  that run counter to party lines, they still fail to support the party’s perspectives.

Additionally, because of the algorithms that filter out news such as the party’s most recent feats or pieces concerning President Xi Jinping, users no longer become aware of them. For example, the aim of Jinri Toutiao has been to give users only the content that they care about.

Apparently, party leaders have been given the heads up concerning this. Hence, Mr. Zhang has promised to promote authoritative media via his apps.

Chinese censors are also scrutinizing content that they deem “lowbrow,” such as material that is sexist, licentious or may lead to immorality. State-run newspapers feature disapproving articles on videos uploaded on Bytedance apps about teenage mothers who show no remorse for having children early. There has been a surge in suppressing non-traditional aspects of cultures such as tattoos or even hiphop music. When the national football team played a match recently, they covered over their tattoos with bandages.

Even gossip has come under censorship, with celebrity gossip writers’ microblogs getting shut down. Censors believe that such gossip about celebrities might possibly lead to similar gossip about politicians, or draw attention away from President Xi Jinping.

State media has been giving the President an unprecedented boost recently, with photo ops of Mr. Xi filling front pages. A film highlighting the achievements of Mr. Xi, called “Amazing China,” has dominated the box office as the biggest grossing documentary ever, partly due to the forced block screenings for government and state-linked offices and their personnel. Two months ago, China’s media regulator said that 5000 more theaters will be designated for public use as “People’s Theaters” where movies such as “Amazing China” and others that support socialist values will be offered.

China’s tech companies are now facing the challenges of stricter regulations, and must now rely on bigger pools of in-house censors. However, government guidelines on what is acceptable material is not always easy to interpret. Additionally, these tech firms face financial losses as well, since stricter regulations could translate into fewer users and less revenues.

But the Communist Party also runs a risk with this new rush to censor. It is to be expected that people will not be happy with losing some of their pleasurable activity, and may even become resentful. Neihan Duanzi was highly popular with men who live in smaller cities who have grouped together, and the party risks offending such groups.

To give another example that some of China’s over 700 million internet users  are unhappy with growing internet censorship, Sina Weibo, one of the largest social media apps in the nation, announced on April 13 that it would conduct a 3 month purge of posts that contained pornography or encouraged violence or homosexuality, topics that have all been banned.

People wrote in droves protesting Sina Weibo’s stand against homosexuality to the point that even a paper of the Communist Party, People’s Daily, spoke up against Sina Weibo.

On April 16, Sina Weibo declared that there would be no more targeting of material featuring homosexuality that was not lascivious. Both gay rights and online freedom won this round, but the fact remains that China’s censorship continues to grow.Follow us on Social Media