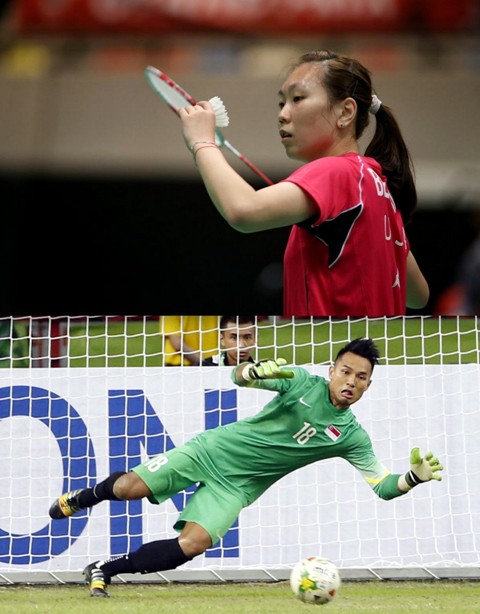 A newspaper reported yesterday that badminton player Zhang Beiwen don’t want to represent Singapore anymore. She said that she would rather represent her adopted country, the United States of America, at the 2020 Olympics Games if she obtains her US citizenship.
Zhang is Singapore’s highest ranked women’s singles shuttler at world No 36, but she had never advanced beyond the first round as a national player.
She was dropped by the Singapore Badminton Association (SBA) after the 2011 Singapore Open tournament after reportedly falling out with then-singles head coach. The SBA asked her to come back twice to represent the country, “in 2013, and 2014 before the SEA Games,” she said.
“I said no because I didn’t think they were serious. I want to represent myself, I want to prove to myself, and see how far I can go,” she added.
Zhang was born in China but moved to Singapore at the age of 13 in the year 2003. She played with the Singapore National Team until 2012. In 2013, she moved to the USA with her parents.

In contrast another athlete, Singapore born Hassan Sunny who plays soccer professionally as a goalkeeper is happy to fly the Singapore flag high in the Thai Premiere League.
Speaking to the press last hear Hassan said, “People have been telling me that I have made Singapore proud, so I’m proud to fly the flag for my country and I hope to continue my good performances ’til the end of the season.”
The Telegraph, a publication of the United Kingdom, has ranked the 32 year-old goalie at number 18 on its list of the world’s top 20 goalkeepers.
[fvplayer src=”http://youtube.com/watch?v=i5aA1HqWddE”]