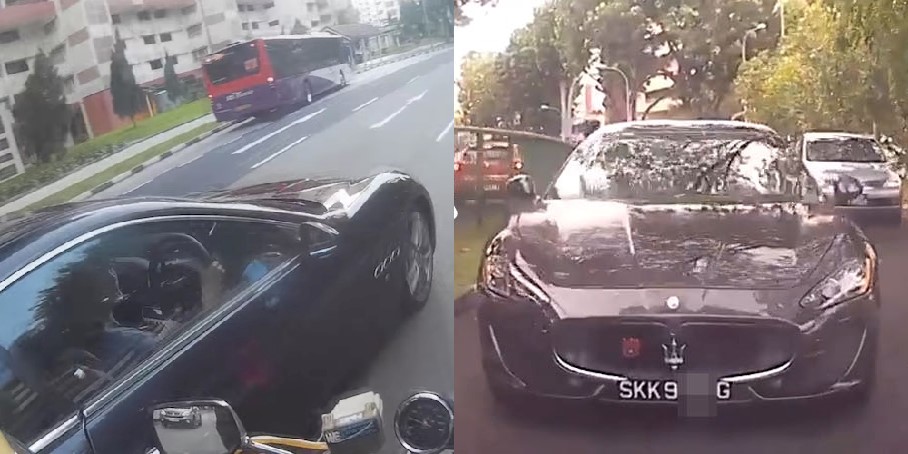 The reckless Maserati driver who earned widespread flak for his road rage in September has been given the maximum fine and has been banned from driving for over a year.

The driver, a China-born Singaporean who serves as a Distinguished Professor at the National University of Singapore (NUS), was sentenced to a $5000 fine and a 13-month driving ban, yesterday, after he pleaded guilty to one charge of dangerous driving.

He could have been jailed for up to 12 months on top of the fine.

Although the Professor, 50-year-old Henry Yeung Wai Chung, rose to infamy for his reckless driving in September, he has been endangering the lives of other motorists with his road rage at least for the last five years.

In 2013, Henry – who drives a black Maserati with the license plate number SKK9192G – aggressively tailgated a motorcyclist in a 50km/h. After overtaking the motorcyclist, the Maserati suddenly swerved right, in what appears to be an attempt to intimidate the motorcyclist:

Then, in September this year, Henry was caught once again in a spectacularly shocking display of road rage in Lorong Chuan.

On 7 Sept, attempted to overtake a lorry on a narrow lane and failed, mounting a kerb instead. Despite this, Henry continued speeding against oncoming and tried to corner the lorry. The driver was slammed for being a road bully after a 26-second long clip capturing the incident went viral on social media, with hundreds of thousands of views:

Henry was arrested on 12 Sept as the videos capturing his road rage went viral. The Chinese daily later reported that the Maserati driver is a Distinguished Professor at NUS and that after the incident, the professor blamed the lorry driver for not giving way to him and cutting into his own lane.

In light of the sentencing yesterday, an NUS spokesperson told reporters: “NUS is reviewing the court’s decision and will decide on whether disciplinary proceedings will be taken against Professor Henry Yeung.”Follow us on Social Media