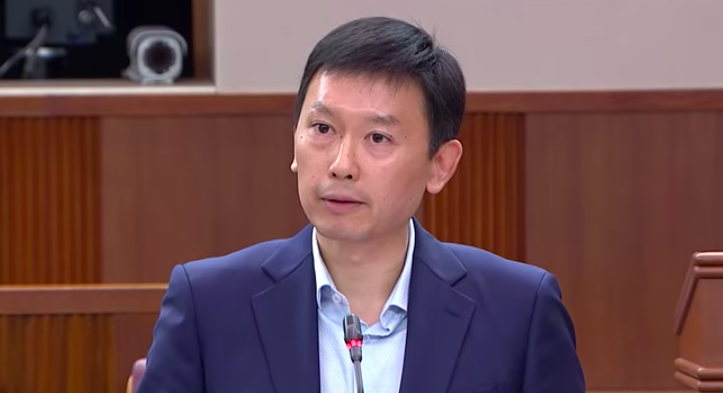 Singapore—In response to Workers’ Party (WP) leader Pritam Singh’s speech in Parliament on Tuesday, February 26, Senior Minister of State for Trade and Industry and Education Chee Hong Tat said that it is “misleading” to connect the newly-announced Merdeka Generation Package, as well as the Pioneer Generation Package with the general election.

In his speech, Mr Singh had said, regarding the Merdeka Generation Package, “There are also quarters who conclude that it is pungently timed with the election cycle, giving off the odour of an unfair advantage aimed at the electoral prospects of the People’s Action Party.”

The WP chief said that the “ground feel” concerning the Merdeka Generation Package is that it is meant to aid the elderly with their medical expenses, even if the amount in the package is smaller than the previous Pioneer Generation Package.

The Senior Minister of State for Trade and Industry and Education said that the purpose of both packages was to show gratefulness to previous generations of Singaporeans, who are now in their silver and golden years, and that the Workers’ Party should not decrease how important these packages are.

“Now I wonder why WP chose to use such an unpleasant description and to focus on politicising this tribute to our Merdeka Generation.

“The opposition calls for the Government to give more, and yet when the Government gives more to help Singaporeans, the WP criticises the move as an election tactic.”

Mr Chee told Mr Singh, “We can’t have it both ways. Please make up your mind and decide where you stand.”

Concerning the permanent, universal healthcare package for older Singaporeans that the Workers’ Party head also proposed, Mr Chee said in Parliament that citizens who are 60 years and older are going to be enlisted automatically in the Community Health Assist Scheme (CHAS). The CHAS ensured subsidies for primary care services.

Mr Singh said that Merdeka Generation Package and the Pioneer Generation Package are periodic benefit packages that are not fair to certain senior citizens, who fail to qualify for years of medical benefits because of when they were born since there are a number of years between when the packages are given.

A universal and permanent senior citizen healthcare package would eliminate this unfairness. It would offer a “basic level of medical benefits” that would give all Singaporeans “peace of mind” throughout their lives.

As for funding this package, Mr Singh said that with the robust accumulated surpluses from the current government, there is “good reason” to believe that there is enough money for it.

He clarified that the funding for such packages as the Merdeka Generation Package is actually earned during a Government’s term.

Furthermore, he said that support for older citizens is already in place via structural subsidies in addition to cohort-based support, including universal polyclinic subsidies, as well as other subsidies that seniors get when they receive medical treatment in these polyclinics.

The Senior Minister of State for Trade and Industry and Education also said that MediShield Life and CareShield Life, national insurance schemes, are also in place for senior citizens to get subsidies on their premiums.

After Mr Chee’s answer to the Workers’ Party leader, the parliamentary session ended. Discussion on this year’s Budget will proceed on Wednesday afternoon, February 27.