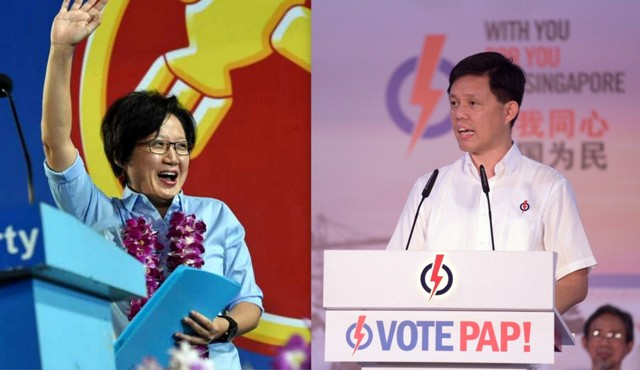 Speaking on the first day (13 Apr) of the debate on the Ministry of Culture, Community and Youth’s (MCCY) budget, the Workers’ Party chairman, Sylvia Lim, raised questions on the partiality of the People’s Association (PA).
Questioning the ever-increasing budget for PA, Ms Lim said that the budget of almost $900 million was very high for the statutory board.
Ms Lim said that considering the SG50 celebrations last year, the larger than usual budget allocated to PA in 2014 was understandable, but asked why there was a significant 34-percent increase in PA’s budget from FY2014.
“How is the high expenditure justified?” she asked.
Ms Lim also cited a personal incident to ask if PA had deviated from its objectives of “fostering cohesion and bonding, and <…>promoting group participation that transcends sectional loyalties”, to advancing the ruling party politically and undermining the work of Opposition MPs.
The opposition Member of Parliament (MP) had on one occasion, sought information from the Ministry of National Development on its plans for private-estate upgrading projects in her constituency. “The ministry referred me to the CCC (Citizens’ Consultative Committee). I then wrote several times to the CCC, but it seems that my letters do not even merit a reply,” she revealed.
The MP also pointed to the mobilisation of PA activists to campaign for the ruling People’s Action Party’s candidates during elections as another example of its partiality.
Replying to the opposition MP in Parliament today, Minister Chan Chun Sing said that based on his personal experience, he has seen participants of PA activities supporting both the People’s Action Party (PAP) as well as the Opposition during the General Election.
Mr Chan is the Deputy Chairman of the PA.
“When I see my own residents, participants of my PA activities, supporting the Opposition, I can only ask myself: ‘How can I work harder to win them over?'” he said.
“The PA is a statutory board. It executes the directions for the Government of the day, as per any statutory board. The PA does not allow any political activity or canvassing on our premises or in our activities. And we certainly do not mobilise anyone for any political party,” Mr Chan explained.
“If Ms Lim has any such evidence of wrongdoing, you can let me know, and I guarantee you I will follow up. I will be the last person to ever allow the PA to be politicised,” Mr Chan reassured.Follow us on Social Media