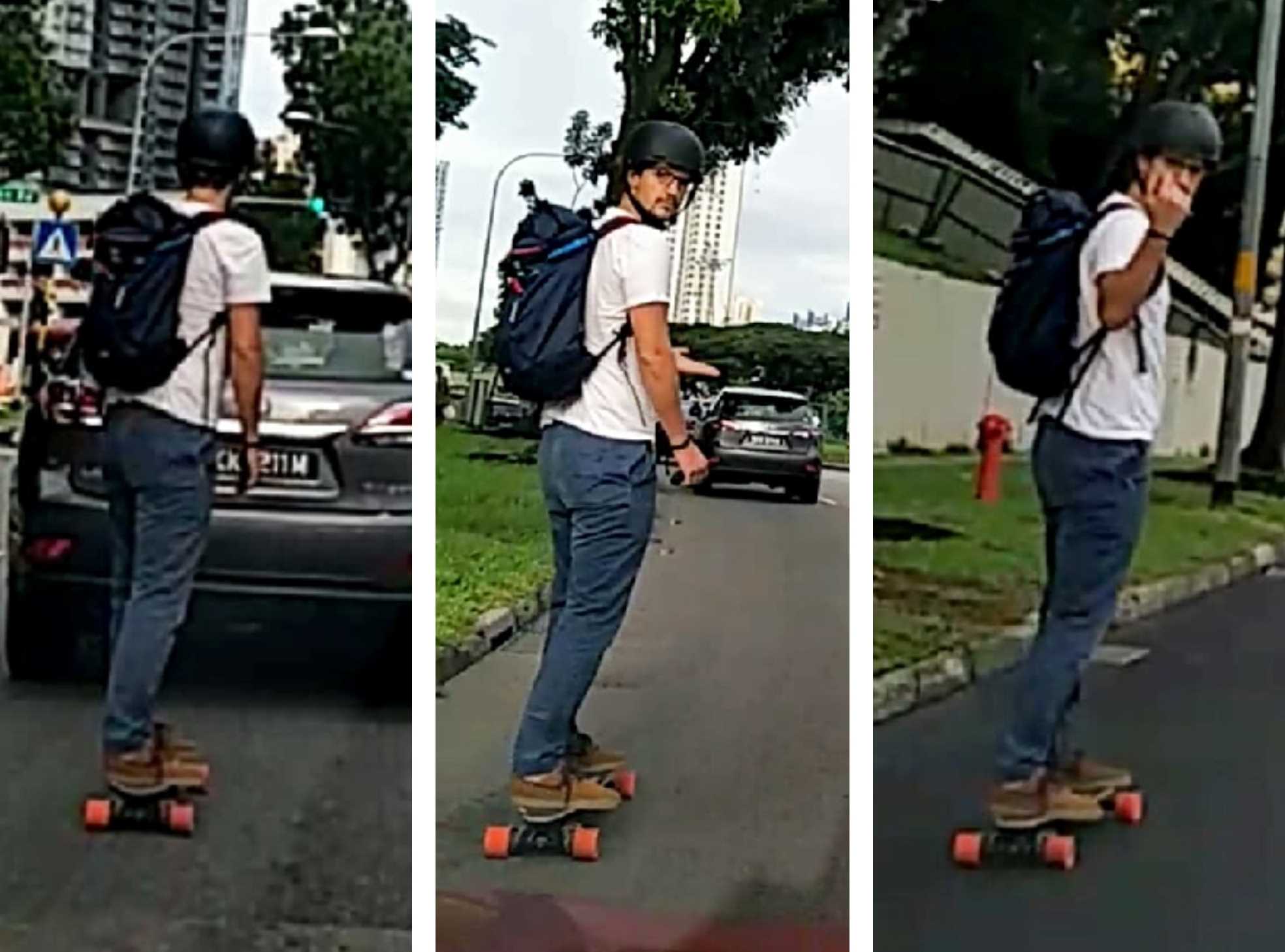 A caucasian man was caught illegally skating on the road during morning peak hours today along Tiong Bahru Road. When confronted by a taxi driver, the man allegedly challenged the driver that it is legal for him to skate along the road.

According to the Land Transport Authority (LTA), skateboards are considered a personal mobility device and, as such, is not allowed for use on roads.

The taxi driver, Ghazali Sadip, shared photos of the skateboarder on Facebook and wrote:

“A caucasian man riding his motorised skateboard during morning peak hour traffic along the busy and narrow Tiong Bahru Road, causing traffic build up. Not to mention endangering not only his own life but other motorists. He got irritated when I honk at him, while I keep a safe distance at all times, and then challenged me. He claimed that it is legal for him to be on the road! What an idiot!”

The LTA urged pedestrians using personal mobility devices to use such vehicles with caution, in a statement released on its website earlier this month. The authority warned:

“LTA would like to urge all cyclists and PMD users to ride safely and observe safe riding behaviour at all times. LTA will not hesitate to take enforcement action against any rider found to be riding recklessly or in a manner that cause harm to pedestrians and other road users.”