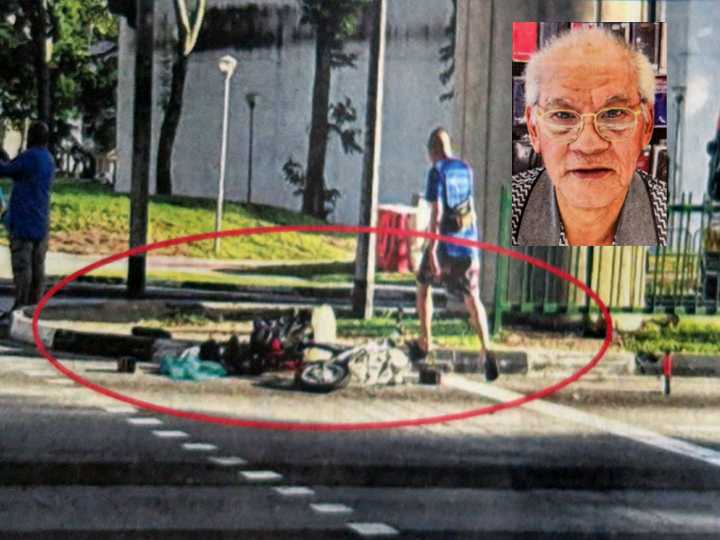 A 62-year-old pedestrian who crossed the road yesterday while riding an electric bicycle has been admitted to the hospital in critical condition after he was struck by a car at the junction of New Upper Changi Road and Bedok North Avenue 3 around 7.50am, on Wednesday.

It’s unclear whether it was the car driver or the elderly pedestrian, Mr Wong, who had the right of way at the time of the accident.

An eyewitness recounted the aftermath of the forceful accident to reporters:

“He was lying face-down on the road and his head was bleeding. His electric bicycle was broken into 2 parts. The car’s windscreen was also cracked.”

Some passers-by helped to redirect traffic during the ensuing traffic congestion that followed the crash, as a man believed to be the driver of the black car was seen on the phone.