Can a mentally ill man hold M16? – Man with mental illness asked to report for reservist 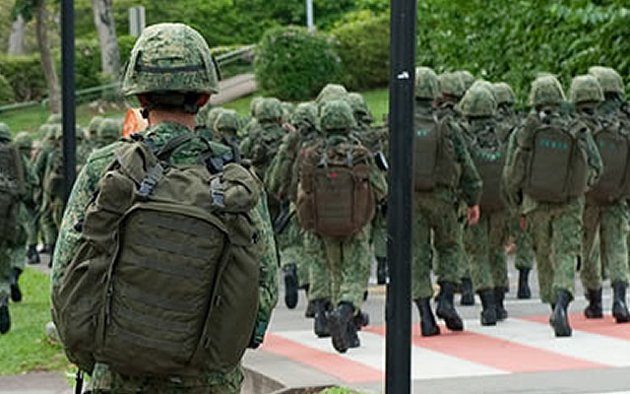 A reservist with mental illness, commented on Facebook that he was not allowed by the Ministry of Defence (MINDEF) to change camps. he also had difficulties in deferring reservist call-ups.
A Facebook user De Fa Ming claimed that he had been diagnosed with mental illness by three local hospital, and had asked for transfer to another camp. But his request was not accepted. Despite his mental condition, he was still asked to report for reservist call ups, the man claimed. He wondered why MINDEF is so eager to force him to serve his reservist when they know of his mental illness.
“I need to recover from my illness and reconstruct my life and family. It is very difficult. I am still working hard on it,” he said.
The mentally ill man further claimed that the medical officers in Singapore Armed Forces (SAF) were not properly trained to handle psychological cases, and asked who will assume responsibility if he returns to camp and a mishap happened.
“Can a mental (mentally) ill person hold a M16 and guard the camp?” he asked. He emphasised that orders for him to report for reservist jeopardises not just his life, but also that of his camp mates.