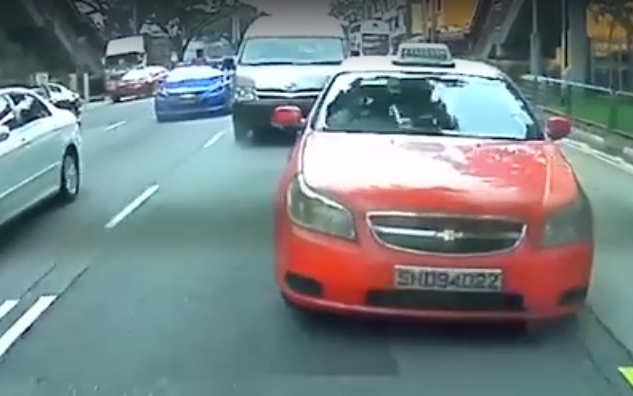 Facebook page Roads.sg shared a video of a taxi driving so recklessly that it appeared that the driver was deliberately trying to get into traffic accidents with other motorists.

The TransCab taxi driver of vehicle registration number SHD 9402 Z was seen trying to get three other vehicles to crash into him.

In 2013, the Court heard the case of how the director of Beach Road Taxi Service engaged a men to provide advice to cabbies who rented taxis from Neo’s company and were involved in traffic accidents. The man was charged with conspiring with others to cheat 15 insurance companies using false accident claims amounting to $720,650, and was jailed for 3 1/2 years.