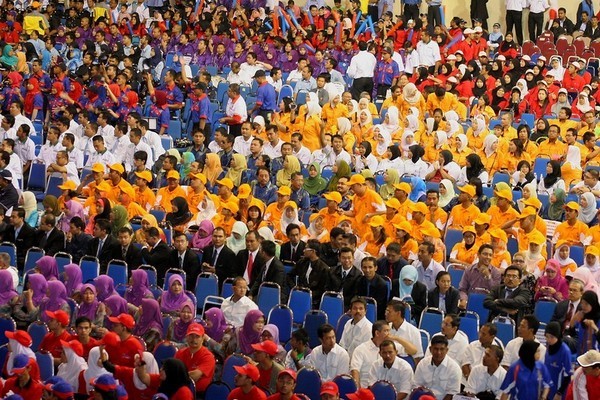 As reported by TISG yesterday, Malaysia’s national Budget 2018 read by its Prime Minister Najib Razak has seen a ballooning of its operating expenditure of RM234.3 billion.

While this aspect of the clearly popular and election budget read in a showmanship that at times riles of an election campaign via the Parliament, commentators from the opposition pointed out the opex is too high.

“Najib had some RM20 billion extra in his hands and he doled it out in forms of goodies and other handouts, but there is little done to alleviate the high cost of living, the soaring cost of houses,” said an analyst.

Opposition Leader Wan Azizah Wan Ismail – whose namesake was used in a cheap ploy by Najib live on television to portray a sacrificing pro-government Malay woman – said the budget did not address the country’s basic problems.

“Najib announced a populist budget today that targets his party’s traditional vote base, as he looks to shore up dented support ahead of a tough election that must be held by August,” she said to the media.

The ballooning opex are impacted by the ever-rising level of pensions and handouts to the bloated civil service.

Najib, says observers, is worried the civil servants are slowly moving away from the Umno and the Barisan Nasional due to the numerous scandals that have hit his regime, not knowing that his “cheap stunts during the budget speech which were totally uncalled for, has hurt his image even further,” said an analyst.

The bloated civil service of 1.6 million has caused government expenditure to increase each year, leading to the gradual drop in revenue. This was acknowledged by the second minister of finance Johari Abdul Ghani.

“One of the issues that we have to address is the ever-increasing government operating costs and expenses,” said Johari to The Oriental Daily in February.

But this issue was not addressed.

It appears that Malaysia will have to live with a higher budgetary operating expenditure, a bloated civil service and an ever-rising pension scheme for retired civil servants.

In this aspect, the opposition and some analysts who dare speak only incognito says the country’s performance will suffer in the long run if these issues are not addressed!