Jungkook takes fans by surprise by dropping mixtape spoilers, singing, and a record-breaker 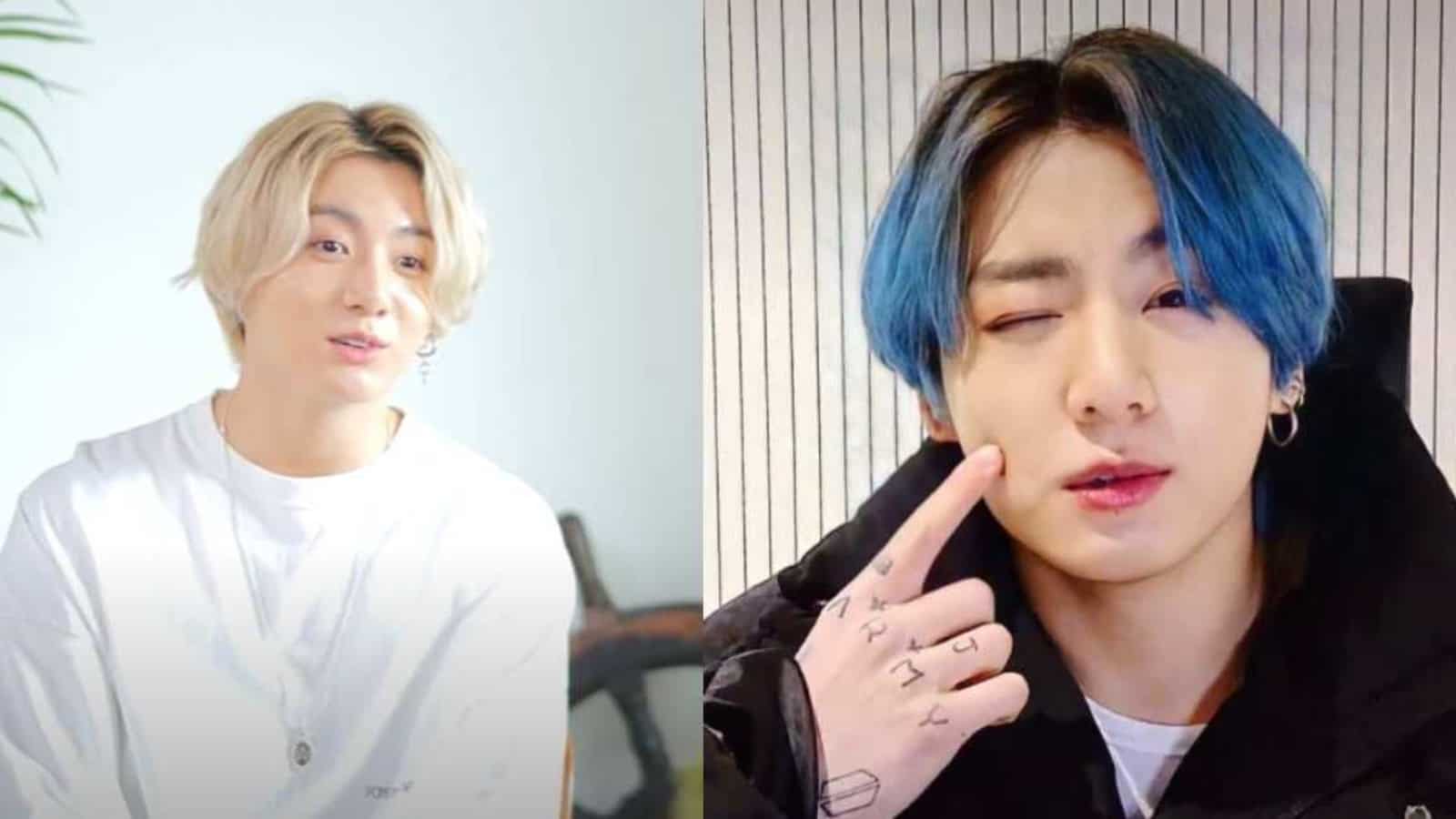 India — BTS singer Jungkook took the internet by storm over the weekend for numerous reasons. The Bangtan Boy surprised fans by hosting an impromptu VLive on Saturday afternoon. He was seen flaunting his blue hair during the live chat. He began the live by greeting fans and revealed he has been working out lately since summer is coming.

Jungkook then began singing At My Worst, by Pink Sweat$ and then Fix You by Coldplay. The singer, who recently joined his fellow BTS members to perform the Coldplay song cover at the MTV Unplugged, sang a few lines from the song during the live session. During the chat, he also sang Who followed by his 2020 track Still With You. Amid his impromptu singing sessions, he enjoyed a meal with fans, showing off a slice of heart-shaped duck meat.

As reported by AllKPop, the BTS singer’s live session raked in 13.5 million viewers in just a span of 45 minutes. The viewership led to Jungkook’s VLive becoming the most viewed V-live in real-time in the history of the platform.

The chat was soon followed by BTS releasing the ‘BE-hind Story’ Interview. The video began with Jungkook interviewing Jin. During the chat, Jungkook asked the Moon singer about a number of things including his December 2020 track Abyss by Jin. The video then moved on to J-Hope interviewing Jungkook.

It was during the chat that Jungkook revealed his plans for his mixtape. He recalled the making of Stay and reminded fans that he wanted it to be a part of his mixtape. “I was going to release ‘Stay’ as the last track, the fan song for my mixtape but it fit really well with the “BE” album so it was included in the album. The song “Still With You” is about the time when our group and I were going through rough times. It was close to my heart so I could express it easily,” he said.

The singer revealed that he finished Stay in a day’s time and was later polished by RM. Jungkook then revealed he wants to release his mixtape. “I want to release a mixtape like this: There are three main tracks in total and they all have MV of their own and they each have their own choreography but in different styles,” he said.

BTS fans have been anticipating Jungkook’s mixtape for a while now. When the singer debuted his blue hair, fans were convinced the mixtape is not too far from release.Follow us on Social Media