Brexit is indictment against the failures of politically-entrenched 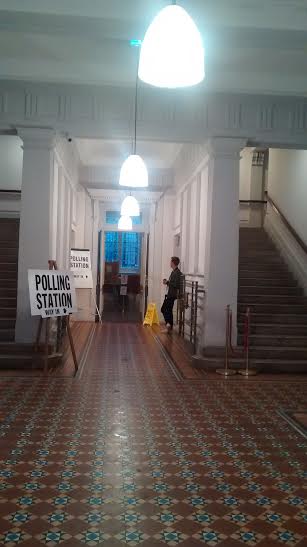 The world awoke on the morning of 24th June 2016 to cataclysmic changes in the European Union which will have knock on effects on the global economy. The results of the Brexit referendum sparked shock throughout the United Kingdom and the world. Despite its possibility having been on the cards for months, the results were still surreal nevertheless.
Personally, I am firmly in the Remain camp. The EU is not perfect but despite its flaws, I believe that it is better for the UK to align with the rest of Europe as opposed to being an isolated island which now risks losing Scotland and Northern Ireland.

Issues such as immigration and sovereignty have been misused by right wing political leaders as a distraction tactic to mislead the public. It is indeed sickening to see right wing individuals such as Nigel Farage celebrating the results of the leave campaign. This is however the subject of another article.
The results of this referendum have clearly highlighted the deep divide between the financial capital of London and the rest of the United Kingdom. This is a disturbing revelation because it also points out just how different the ruling party is from the people over whom it rules. Taken in tandem with other developments worldwide (from the Occupy movements to the rise of Donald Trump), it is evident that large parts of the world has become disenfranchised and desire widespread changes from the status quo.
While what that change is or what effects it may entail remains murky, the desire for an overhaul cannot be glossed over.
Have leaders the world over become so polarised from the average Joes of their countries? Have ruling politicians become so entrenched in the system that they have failed utterly to identify with the fears and concerns of the general populace?
If so, this is a startling indictment against the complacency of the powers be.

Worse still, it provides a convenient excuse for right wing leaders such as Nigel Farage to embark on their racist policies and self seeking opportunists like Boris Johnson to further their own political agendas at the expense of the global economy.
Quite apart from the profound ramifications that this result will incur, one sobering realisation that I hope will not be missed by any political leader worldwide is the importance of keeping engagement with its residents and citizens. Do not ever ignore ground sentiments or gloss over the everyday concerns of the general public for you will do so at your peril.
Outgoing Prime Minister David Cameron is the living example of such a colossal folly. He started his anti Brexit campaign late and in a lack lustre manner, never fully comprehending that the country would actually vote against the EU. Now that it has, he risks his legacy as Prime Minister to be of the UK exiting the EU and the possibility of Scotland and Northern Ireland also exiting the United Kingdom. This result could also trigger a domino effect on the rest of the European Union and wreak havoc on international financial markets – all of which would be attributed to David Cameron.
Labour leader Jeremy Corbyn will also not escape unscathed. His slow and flaccid campaign will no doubt be blamed for the dismal referendum results and his political career and indeed the credibility of the Labour party will suffer. A vote of no confidence has already been put forward by two Labour MPs.
For any politician, aspiring or in power, take heed. Always engage the public. Never isolate them and never underestimate them. Do not be so ensconced in your ivory tower that you fail to see reality. Above all, bear in mind that equality must always be preserved. The seeds of disenfranchisement have deep seated consequences that cannot be easily placated or reversed once they take root.
The only silver lining for me personally is the cute dogs I saw at the polling stations in London.