Bernie Sanders: Trump put the US on “path to war” 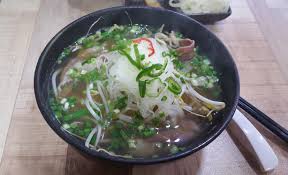 In a piece for British publication The Guardian, US senator Bernie Sanders puts forth his opinion that President Donald Trump’s rash and imprudent actions concerning Iran, specifically withdrawing from the Joint Comprehensive Plan of Action (JCPOA), has put the US in danger of heading towards war.

What America needs to do instead, according to Senator Sanders, is to negotiate with the government of Iran, endeavor to improve ties with the Iranians people, and help the nation achieve a more positive role in the Middle East.

On May 9, the President announced his intention to withdraw from the JCPOA, the nuclear agreement with Iran. In just one stroke, he set aside many years of hard work from those who had drafted the deal, diplomats who were able to achieve a very strict set of rules and inspections to safeguard that Iran would not possess a nuclear weapon. Additionally, as Sen. Sanders writes, the President “also slammed the door on a once-promising possibility of detente between the US and Iran.”

The Senator further writes that the agreement also involves other countries, partners of the US in the P5+1, namely  Germany, France, the UK, China and Russia. The JCPOA was also supported by the UN Security Council. Mr. Trump’s action of withdrawing from the agreement will put stress on the US’ already tense relationships with significant democratic partners, such as the UK, France and Germany. These three countries have expressed their continued support for the JCPOA, declaring that it is in the interest of their countries’ security to do so.

President Trump’s own chief security officials such as the Defense Secretary, James Mattis, and the chairman of the joint chiefs of staff, General Joseph Dunford, advised against Mr. Trump’s decision regarding Iran and the JCPOA. Both have stated national security as an important reason for staring within the agreement. Many other experts agree with this assessment, and the President has chosen to disregard their advice, just like he did when the US pulled out of the Paris climate change agreement. He has chosen instead to side “with a small ideological faction, with disastrous consequences for our global security.”

Furthermore, Sen. Sanders is concerned that the US’ removing itself from the nuclear agreement with Iran also affects its chances for drawing up other non-proliferation treaties with countries such as North Korea. He asks, “Why would any country in the world sign such an agreement with the US and make the tough concessions that any such agreement requires if they thought that a reckless president might simply discard that agreement a few years later?”

The Senator makes it clear that he is aware of Iran’s unsavory actions, such as its support for Syrian dictator Bashar al-Assad, as well as for extremist groups such as Hamas and Hezbollah. He also mentions human rights abuses in Iran itself. But according to him, withdrawing from the JCPOA will only cause addressing problems such as these all the more difficult. And President Trump has not announced a strategy for proposing solutions anyway—but instead has displayed his usual braggadocio, which will not solve anything.

Unfortunately, Mr. Trump’s attitude has even made dialogue with Iran and its people to ensure a better future more inaccessible. It has strengthened the fanatics in the region, who find that Mr. Trump’s hardline stance easier to deal with than if he were peaceable or reasonable.

At the end of his opinion piece, Sen. Sanders reminds readers that America was at war with Iraq for 15 years and Afghanistan for 17, and that its citizens “do not want to be engaged in never-ending wars in the Middle East. They do not want to drawn into a Sunni-Shia, Saudi Arabia-Iran regional conflict.”

Therefore he expresses his profound disquiet at the direction the US President has taken. And if anyone were to question the Senator’s concerns, he would remind them that John Bolton, the President’s new national security advisor once wrote an article with the title “To Stop Iran’s Bomb, Bomb Iran.” It seems that escalation with Iran has become their goal.

Sen. Sanders also reminds everyone that the Iraq war did not start in a vacuum in 2003, but was the result of many small decisions “that ultimately led us to the worst foreign policy blunder in our history” and has had a number of consequences that America faces today and will continue to do so in the coming years, including the “empowering of Iran in Iraq and elsewhere around the region.”

Having created these powers through military action, therefore, it would be highly inadvisable to attempt to solve them in a similar manner. But the President’s hostile speech seems to point a shift in policy leading to the same kind of regime change that motivated the war in Iraq.  As Senator Sanders says, “Real American leadership, and real American power, is not shown by our ability to blow things up, but by our ability to bring parties together, to forge international consensus around shared problems, and then to mobilize that consensus to address those problems. That is what the JCPOA did. Unfortunately, President Trump has now chosen to put us on a very different, more dangerous path.”Follow us on Social Media