The Independent Singapore News
Home News Featured News Authorities intent on auctioning off white lion to be shot by trophy... 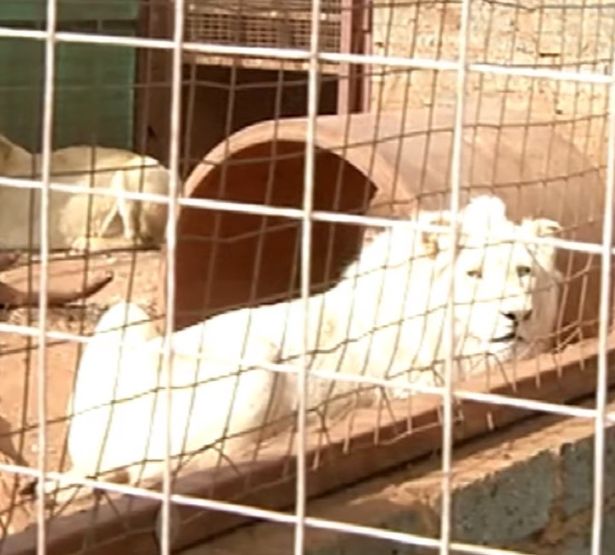 Despite shock and outrage worldwide, the South African authorities are moving ahead with plans to auction off a captive white lion, most likely to a trophy hunter who would buy the lion to shoot and kill it.

White lions are extremely rare – while there are said to be less than 300 white lions in the world, only 13 are reportedly still living in the wild. This is likely due to the fact that the white coat is a genetic anomaly that makes it difficult for the animal to camouflage itself to stalk and kill prey, in the wild.

White lions are, however, highly sought after by private wild animal owners, zoos and circuses due to their rarity. To produce white lions or tigers, breeders in-breed these big cats with their mothers, father or siblings. This usually causes genetic defects like physical or psychological abnormalities.

Mufasa, the white lion that is set to be auctioned off in South Africa, serves no purpose to breeders since he is infertile.

Mufasa was taken into custody by the authorities when he was three years old, along with his companion, another lion cub named Soraya. Despite offers from animal welfare activists who have offered to provide a sanctuary for the lions free of charge, the authorities are intend on making money from selling Mufasa.

Over 200,000 people have signed a petition calling for a reversal of the decision to be reversed. Addressed to South Africa’s Minister of Environmental Affairs, the petition appeals:

“Mufasa and Suraya are now three years old and are inseparable. Nature conservation officials refused permission for Mufasa to be relocated to a sanctuary, who offered to care for both Mufasa and Suraya for their natural lives, free of charge.

“Instead, the rehab centre was told telephonically that Mufasa will be auctioned to raise funds for the department.”

The facility that held Mufasa since he was confiscated by the authorities, Wild for Life, is raising funds to fight the auction in court. The wildlife sanctuary wrote:

“In the last few weeks we have seen and read extensively about what happens to lions in the industry. Mufasa has had a vasectomy and cannot be bred with. This means there is only one of two options left.

“The number of lion hunters are down and lions have been killed in high numbers for their bones to be exported to the East.”

“Soraya and Mufasa are inseparable and it would be extremely traumatic for Soraya to lose her companion. She was in a terrible emotional state before they were united as cubs and even when moved to a bigger enclosure she was highly anxious when she woke up and couldn’t find Mufasa.”

Sign the Save Mufasa the white lion petition is here.

Giant supermarket lowers prices by up to 20% on hundreds of...