The Independent Singapore News
Home News Are women 'asking for it' when we distract males with our short...

Are women ‘asking for it’ when we distract males with our short skirts? 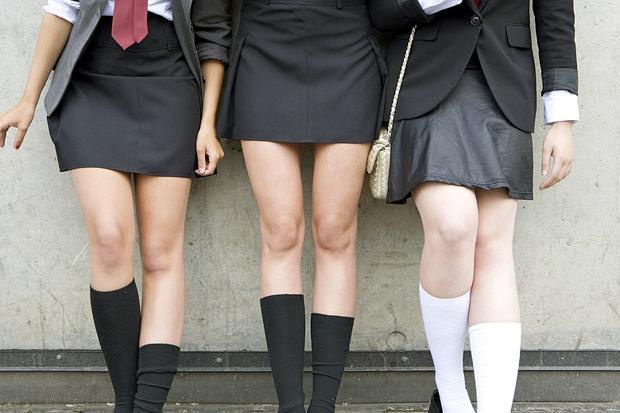 Sexuality is a term that encompass many areas, and we hope to explore this interesting topic in the segment: SEX-uality.

Being asked to wear longer skirts to protect ourselves.

Being asked to not stay out late at night to protect ourselves.

Being asked to not show our sexuality to protect ourselves.

Being asked to not have physical intimacy with a guy if we are unsure if we want to have sex to protect ourselves.

Being asked to not drink to protect ourselves.

No. Saying my skirt length is “provocative”, which led you to rape me is in no way justifiable.

No. Me staying out late at night does not give you the right to molest me.

No. Showing my sexuality does not me I have to accept your unwanted advances.

No. Being physically intimate with you does not mean you can disrespect my consent when I change my mind, and say no to penetration.

No. My lack of clarity does not mean you can touch my body without asking for my permission.

The problem is not us,  women. The problem is how society is making women accountable for men’s immoral behavior, which lead to men themselves continuing to justify their acts, and pinning the blame on none other than us, women.

In simpler words, men have no right to invade or disrespect the physical privacy of women without out permission, regardless of how we dress or act. And they very well know that. Consent is simple. Black and white. Mutual consent. No means No. Yes means Yes.

No one shouts that men are “asking for it” when they dress and express out their sexuality in their own ways. Because matter-of-factly, they don’t. We as women have no right to put the blame on their dressing and actions, when we do immoral things to them against their will.

Likewise, when we as women choose to dress and express our sexuality in our own ways, we should never be perceived as “asking for it” from men. Please do not say that we dress in a “provocative” manner that compels you to outrage our modesty, or rape us. Because, such a mindset only further perpetuates the rationalisations and reasons men use to justify their unacceptable behaviours.

Don’t grow a generation of young girls or women who hate themselves, or blame themselves when men do nasty things to them.

How we act and dress is one thing. How others choose to look at, and treat us is another. Both are mutually exclusive.

And a question to reflect on – why is society so obsessed with discussing on how women should dress or act, when men themselves are not even given that level of extensive scrutiny?

The answer is simply because we live in a patriarchal society. As such, it’s time for men to do the changing, instead of controlling. Regardless of our gender, let’s take responsibility for our own behaviours instead of putting the blame on the opposite sex.

—
Republished with permission from OFFBEATPOLITICS.Follow us on Social Media