The Independent News
International Asia Architect earns much praise after he redesigns the MRT map, all for...

Architect earns much praise after he redesigns the MRT map, all for passion’s sake

An architect's new design of the MRT map for passion's sake becomes a hit. 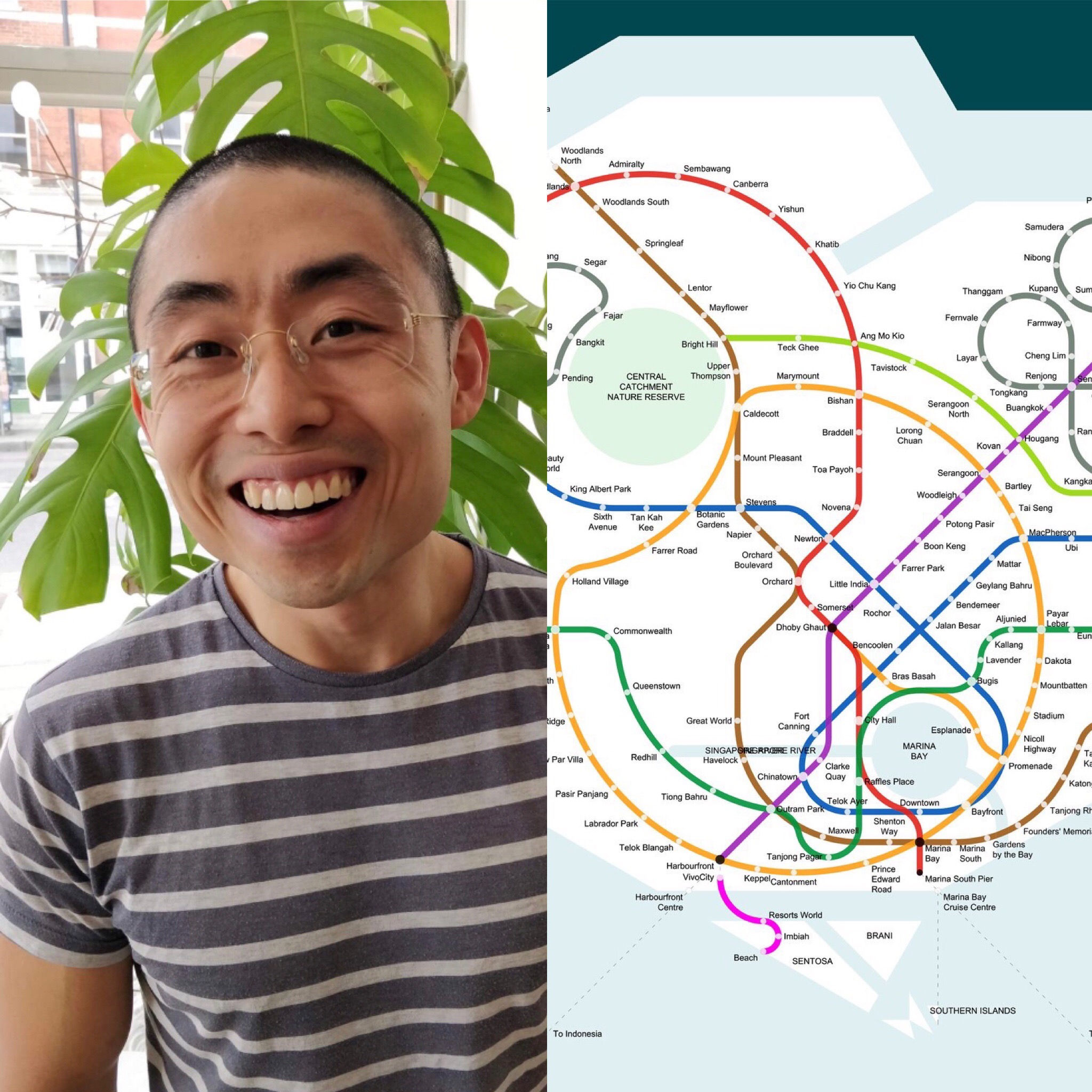 SINGAPORE — Ever thought of having a more creative and quirky Mass Rapid Transit (MRT) map that is not just a series of coloured linear lines? Well, there is finally such a map!

Singaporean Cliff Tan, 31, captured lots of attention when he posted a new design of the MRT map on Facebook, claiming that the new map is “geographically more accurate” and “giving each line an identity”.

This is the current MRT map.

This is the newly-designed map.

Before dwelling into Tan’s novel creation, let’s take a minute and understand who Tan is.

In our interview with Tan, he introduced himself as an architect, who used to study architecture at Singapore Polytechnic before he went to London to complete his studies. Thereafter, he worked at Heatherwick Studio which is working on the new Changi Airport Terminal 5.

However, undue stress prompted him to leave the company and he is currently working in a shop in London.

As to what inspired Tan to create the map, he said” I missed Singapore so much and everytime I come back, something changes beyond recognition, it felt like I was loosing touch with home. The biggest struggle was the MRT, I actually had to ask people for help on how to find my destination!”

“I found the current map too graphic such that is was no longer accurate. Like Clarke Quay was north of City Hall, and City Hall next to Bayfront, when there’s actually a whole bay between them.”

“By making this map, I wanted to create something useful, as well as beautiful. I was inspired by Massimo Vignelli for his subway map in New York City, and the London tube map which has the River Thames. I wanted to incorporate something geographical so that tourists can place themselves. Naturally this was Marina Bay!”

Beautiful and useful indeed, the new map is no longer a series of overlapping lines that makes no sense to tourists. They can now identify their specific locations through the meticulous drawing of Tan, whose neat and clear illustrations make reading the map much easier.

Many Singaporeans have since downloaded a high resolution version of the map and are supportive of Tan’s idea.

Yet, Tan’s creation will be mere quixotism if it is not translated into reality.

When asked if Tan would be convincing Transitlink to replace the current MRT map with his version, Tan said that he had not thought of it.

To him, it seemed too far-fetched and since he has left his career, his expectations of life have changed a lot. What matter most to him now are love and family.

He feels that design is his passion and he does it to share.

He shared, “If ever it becomes mainstream, I don’t want the money, I just want people to have something actually useful to help, and for Singapore to be proud of having one of the world’s most beautiful transit maps.”

His opinions are very thought-provoking and insightful, the map looks wonderful as well. However, there seems to be one problem. Some netizens pointed out that the location of Tuas in the map is slightly off, meaning it should be below instead of above.

Regarding this, Tan said,” I noticed that, but actually, graphically, it’s more accurate for the line to turn upwards because at the end of the line, there is a sharp upward bend from Corporation Road to Tuas. ”

“There are other issues that people pointed out, such as why Changi airport station is not in Changi airport: funny how people start to notice things that never used to exist! Haha. I am however proud of my placement of Singapore River and Serangoon Island, and how the line between YCK and Khatib passes Lower Seletar Reservoir, which to me is the most beautiful stretch of the line!”

With this novel and innovative idea, one would wonder if Tan has any other projects that he is working or has worked on.

Answering in all honesty, Tan’s answer brought laughter as he admitted,” I actually submitted a proposal for the Founders Memorial, but I don’t think I will win lah. Apart from that, I’m just trying to find a job! As much as I love my colleagues and the shop, I don’t want to be a cashier all my life haha.”

In fact, he admitted that leaving Heatherwick Studio is a decision that he regretted as he is getting older and it is harder for him to get back into the industry. This is made worse by his homesickness.