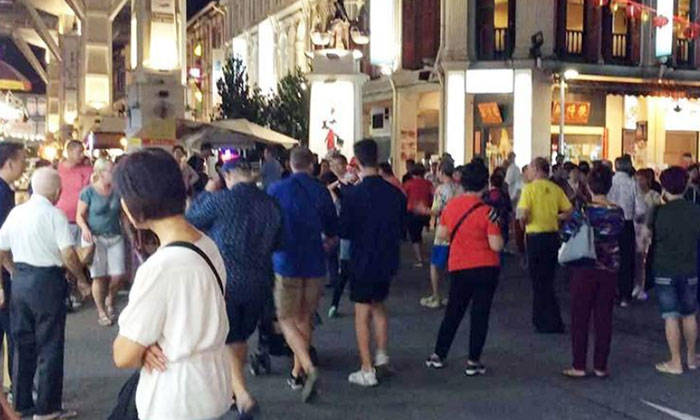 A group of frustrated shopkeepers in Chinatown recently called the police after several elderly line dancers reportedly blocked their storefronts with rehearsals outside shops that obstruct human traffic.

One musical instrument seller, 45-year-old Mr Lin, revealed that the group of about 40 kept returning to practice line dancing at Smith Street between 5pm to 6pm over two consecutive weekends in May, driving away the weekend crowd with the sheer size of their group and with the blaring music they play:

“There are about 40 of them in the group. Once they start dancing to the music, some passers-by would also join in, and the group becomes even larger.

“Last week, the group danced from the evening until nearly 10pm in the night. My business was badly affected. For two nights straight, I had zero income. The busiest times at my shop are usually during the weekends.”

Another 45-year-old shopkeeper, souvenir shop owner Mr Huang, added that the disturbance by the line-dancers caused his business to dip by a whopping 80 per cent:

“During this period, business was down by nearly 80 per cent. The rental fees here cost nearly $20,000 every month.

“Anything that affects my business can have a huge impact. Last Friday night, I didn’t even manage to earn $50.”

Despite the efforts of some business owners who called the police, the elderly line dancers stay put even after officers dispatched to the scene left.Follow us on Social Media