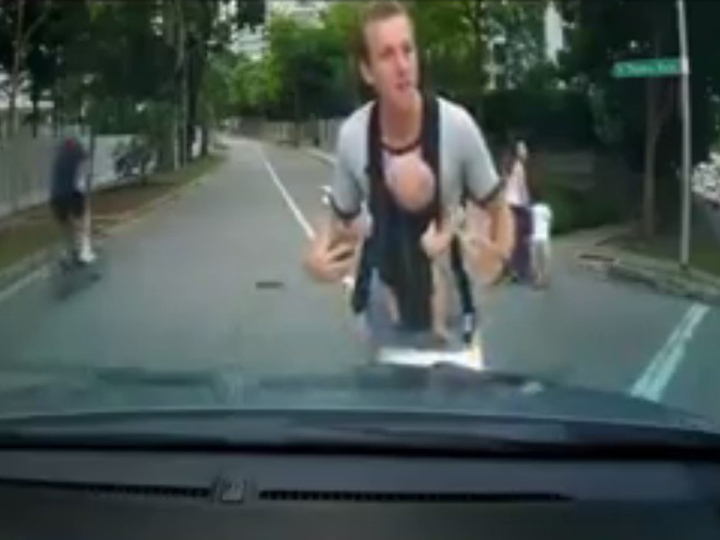 An angry Caucasian man carrying an infant has been caught on camera appearing to fly into a rage due to an alleged disapproving look by a driver who had to stop suddenly when the man jaywalked in the middle of a street that does not have a traffic light or zebra crossing.

The incident reportedly occurred on Saturday along St Thomas Walk around 6.45pm.

It is unclear what the driver did to instigate the aggression. Another pedestrian who crossed the road appeared to stop in confusion and stared at the driver before continuing, so it appears that the driver may have retaliated if he did not provoke the outburst.Follow us on Social Media