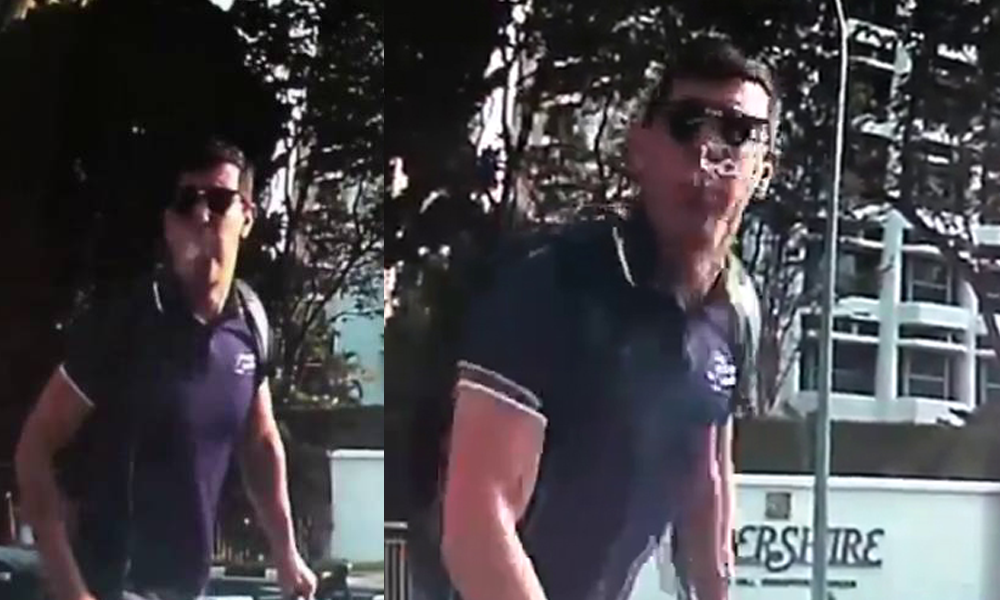 A Caucasian cyclist spat twice at a car driver who was slowly trying to make a turn into the Rivershire condominium along River Valley Road. The incident was caught on the dashboard camera of the car and was shared online by netizen Serene, who claims to be a friend of the driver.

In the video, the cyclist can be seen trying to cross the road as the car inches forward to make a left turn. The cyclist then lashes out at the driver and spits at the car’s windscreen not once but twice.

Serene asked: “In your opinion, who should stop and check the traffic? Obviously my friend had already slowed down even though he was not at a zebra crossing.”

This is not the first time Caucasian cyclists and pedestrians have behaved in a rude manner, even when they do not have the right of way: