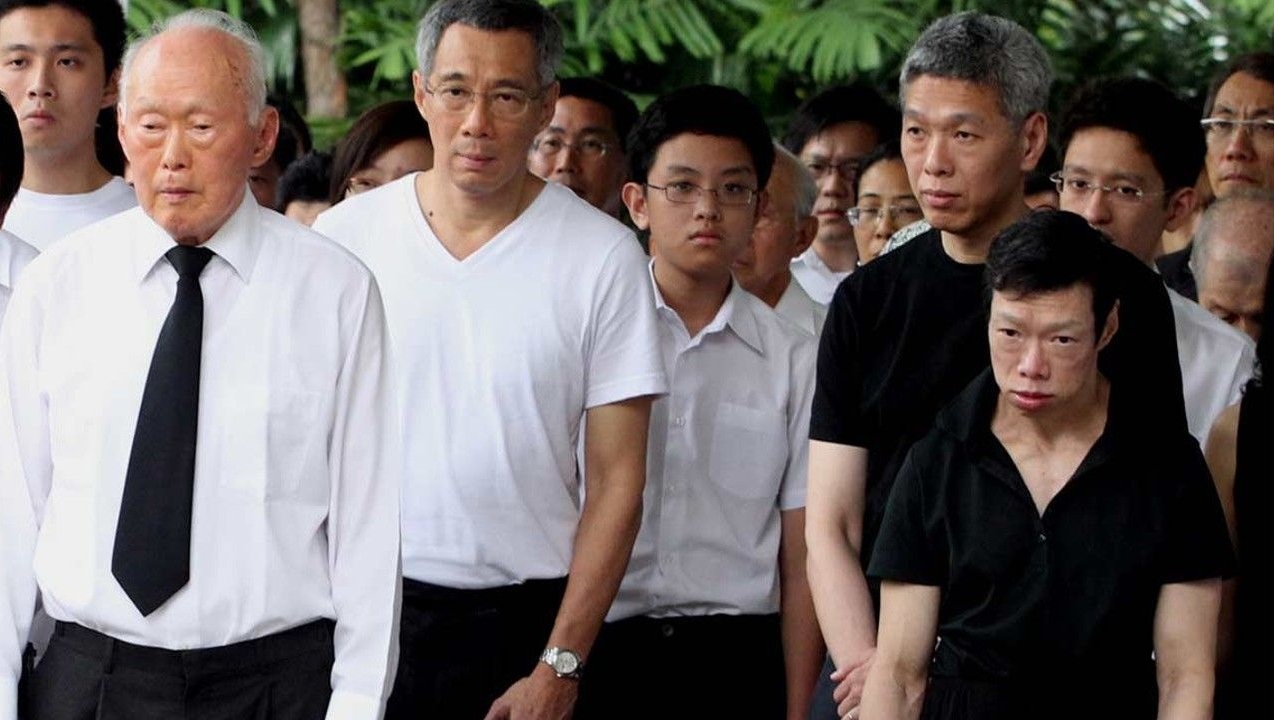 An Ang Mo Kio GRC resident has apparently reached out to Prime Minister Lee Hsien Loong to ask him to deal with his family feud in the courts or through the police instead of getting the Government to intervene. PM Lee is one of the parliamentarians representing Ang Mo Kio GRC.

The resident’s appeal comes as the Attorney-General’s Chambers filed a 500-page complaint against Lee Suet Fern for her possible role in preparing the last will of founding PM and her father-in-law Lee Kuan Yew when her husband, Lee Hsien Yang, is one of the beneficiaries.

The AGC’s action marked the resurgence of the Lee family feud which erupted in mid-2017 when  Lee Hsien Yang and his sister Lee Wei Ling accused their elder brother, Lee Hsien Loong, of abusing his power to preserve their family home against their father’s willed desire to demolish the house, and of using state organs against them.

While the AGC has clarified that it filed the latest complaint since it “has a statutory duty to deal with misconduct by lawyers,” several netizens responding to this turn of events have asked why it is butting into what many view as a family matter.

The unnamed Ang Mo Kio GRC resident went one step further from commenting on social media and reached out to PM Lee on Facebook himself. A screenshot of his message to PM Lee is circulating online.

The image also shows that the resident has corresponded with Lee Hsien Loong’s Facebook page in the past and that the PM or a staff member managing his social media page has “seen” an earlier message.

“Mr Prime Minister, I am a resident of Hougang St 91 (part of AMK GRC) which mean you are one of my MPs.

“Every family has their own problem and I sincerely understand your feeling – your family affairs become a hot topic discussion among outsiders. And we outsiders have no business in meddling other family affairs.

“However, I am surprised and furious that the AGC (the Government) stepped into the picture complained to the Law Society against one of your family member.

“If 2 family members are not satisfied and agreeable to a certain issue, by all mean settle in private (want to fight it out in the house also no problem) or goes to the Court of filed any police report; why need the Government to intervene on the issue.” 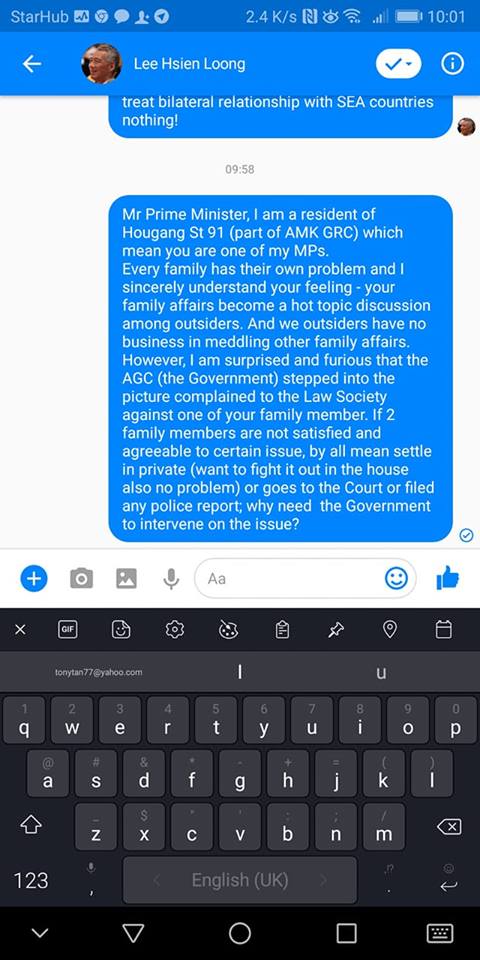 The resident’s view that the AGC should not meddle in a family matter echoes Lee Hsien Yang’s own views. Categorically denying his wife’s involvement in the preparation of his father’s will, Lee Kuan Yew’s younger son asked yesterday:

“What public interest is being served by AGC here? Why waste public resources on a private matter, and after all this time? Why is AGC rushing this case in 2019 when the facts were known by all parties for years?”

https://theindependent.sg.sg/why-is-the-state-interfering-in-a-family-matter-netizens-respond-to-agcs-complaint-over-lkys-will/Follow us on Social Media